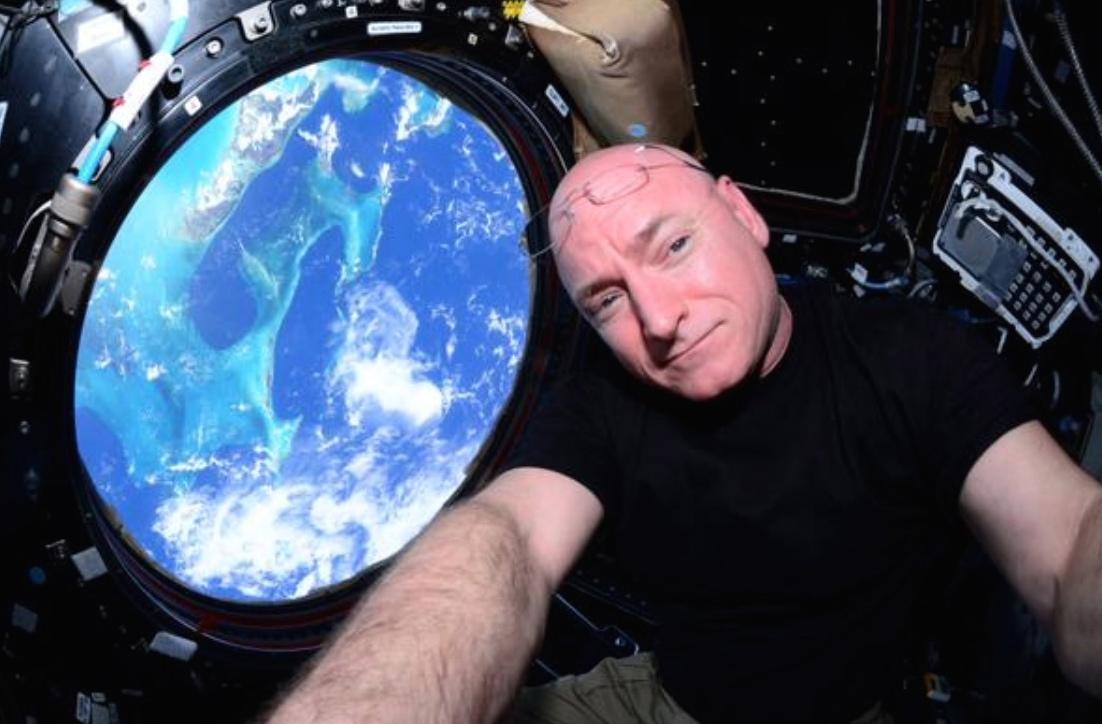 The Bahamas Ministry of Tourism (BMOT) is prepared to prove that The Islands of The Bahamas are just as beautiful up close as they are from space. Tourism officials are inviting NASA Astronaut Scott Kelly to The Bahamas once he completes his yearlong mission orbiting the earth.

Kelly has been in orbit for the last six months and has been documenting his voyage on social media, sharing images of the earth from his vantage point with more than 421,000 followers. He has posted about the beauty of The Bahamas on several occasions.

On April 26, the American astronaut showed his daughter “the most beautiful place from space” when he tweeted an image of The Bahamas.

On July 19, he posted another stunning image of the archipelago with the comment, “Bahamas, the strokes of your watercolors are always a refreshing sight.”

His most recent images of The Bahamas from space came on September 18th and 19th when he posted, “The Bahamas never fails to impress!” and “Been hanging out with The Bahamas again, it never gets old.”

“This is amazing organic marketing for us. Here is this astronaut, who the whole world is watching because he is making history, talking about how beautiful our country is. We must bring Scott Kelly here to The Bahamas, not only to thank him, but also to show him the country that is bringing him so much joy while he is in space,” says Director General of the Bahamas Ministry of Tourism Joy Jibrilu.

If Kelly stays until March 3, 2016, his 342-day visit will be the longest consecutive stay in orbit by a NASA astronaut.

“After such a mission, who wouldn’t want to relax on our beautiful beaches? I think he has earned himself a much-needed vacation in The Bahamas. We would be more than happy to host him and his family,” Ms. Jibrilu said.

Many Bahamians have also taken to social media expressing their wishes to have the astronaut experience the beauty and hospitality of The Bahamas.

It is clear, even from many miles away, that it is still better in The Bahamas but Scott Kelly we promise that it is even better up close. See you soon!

NASSAU, Bahamas, Feb. 8, 2021 – The Bahamas, one of the world’s leading destinations for weddings and honeymoons, is gearing up to host two virtual events - From The Bahamas With Love - to showcase the vast offerings for romantic escapes throughout the destination. The expo will bring together industry leaders, partners, hotels, venues and services for a truly unique and educational experience for trade and consumer participants.
Weddings and Honeymoons
Videos
Video
VIDEO

The Bahamas Minister of Tourism, the Hon. Dionisio D'Aguilar interview with anchor Richard Quest of CNN International on recovery efforts of the tourism sector in The Bahamas.
Video
Tourism Recovery
Tourism Today

OSHKOSH, Wisconsin – July 24, 2019 - The aviation team of the Bahamas Ministry of Tourism and Aviation (MOTA) is out in full force at the 2019 Experimental Aircraft Association (EAA) AirVenture Osh
Tourism Today