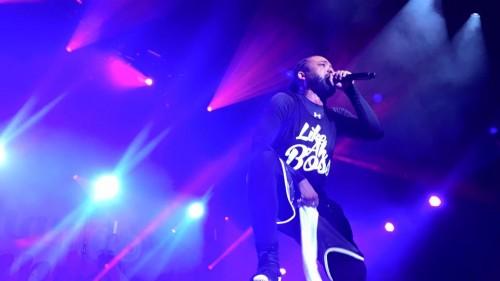 The Bahamas has become a paradise playground for many celebrities, but for Trinidadian soca king Machel Montano it has “the best beaches in the world.”

Montano said as much recently as he prepared to headline the Music Masters concert. The event was a part of the inaugural Bahamas Junkanoo Carnival held May 7-9. While Montano has performed at a number of sold out concerts in New Providence over the years, he visited a number of islands and cays throughout The Bahamas. “I am professional water lover. I have touched waters all over the world and I have never experienced anything like this water here,” he said. “It was another discovery for me in The Bahamas. I’ve been on the cays and I have jumped off a boat, swam and I met pigs, iguanas, sharks and really and truly it shows how much of a special place The Bahamas is.”

Montano said he wants to purchase an island in The Bahamas. “That is my dream and I really want to focus on that,” he said. “In The Bahamas, I have experienced so many new things that makes me want to come back.” Trinidadian Grammy Award songwriter Angela Hunt has worked with names like Alicia Keys, Brtiney Spears, Jay-Z and other popular American artists. She visited Eleuthera recently and said she could not resist the water. “For 15 years, I had not been in the water and that was my first time going in the water and I am now free of my fear of the water,” she said. “It was beautiful and it was the best experience ever. The musical energy we had while we were there was absolutely beautiful.” Celebrities that frequent or own homes in The Bahamas include Jay-Z and Beyonce, Tiger Woods, Michael Jordan, Johnny Depp, Mariah Carey, Sean Connery, Shakira, Faith Hill and Tim McCraw, Tyler Perry and David Copper among others.