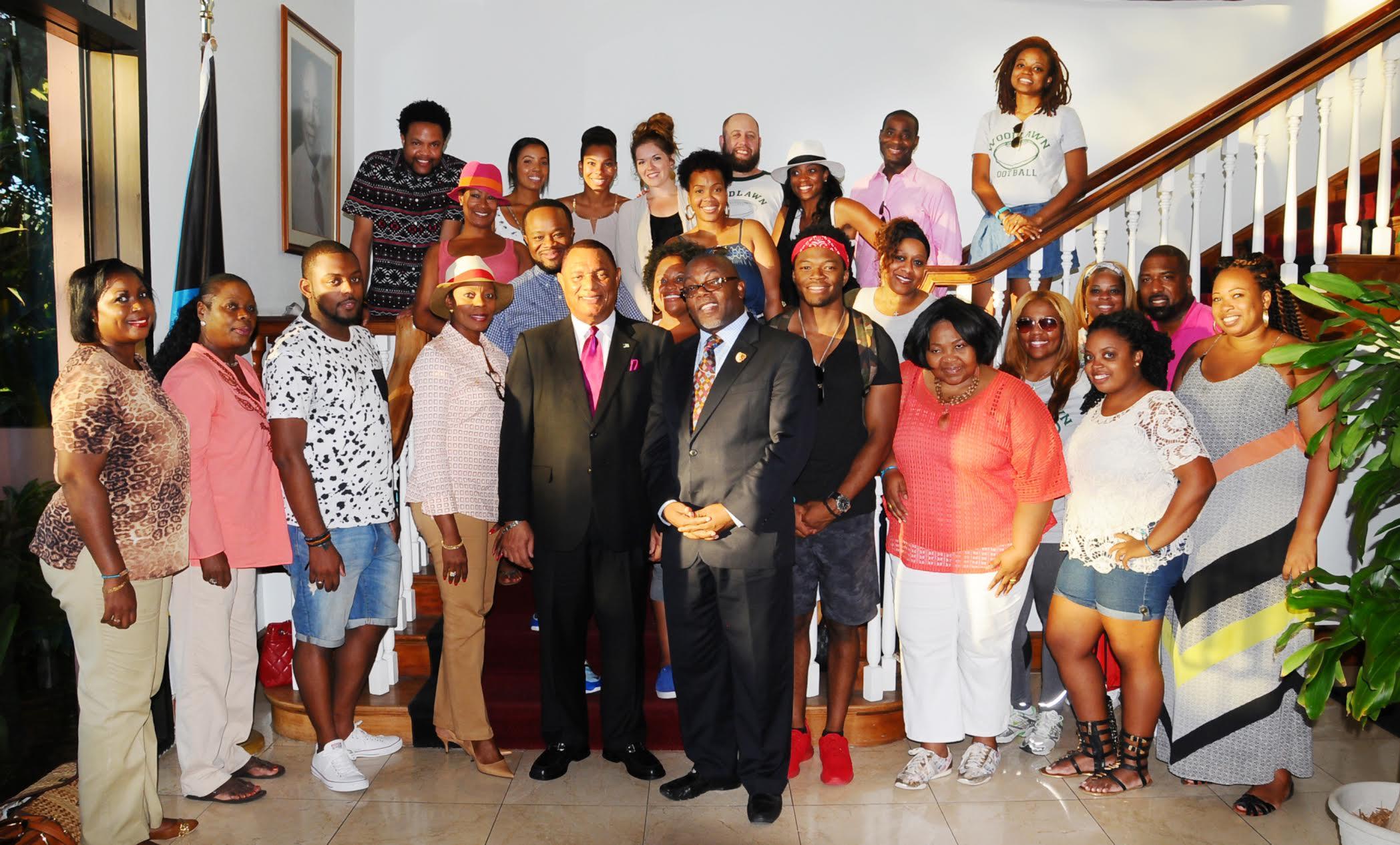 More than 50 million American subscribers to the top African American journalists will repeatedly hear and see about The Bahamas thanks to an initiative stemming from a partnership between Lead Pastor of Mount Tabor Full Gospel Baptist Church Bishop Neil C. Ellis and the Bahamas Ministry of Tourism (BMOT). Bishop Ellis, who is one of The Bahamas’ famous ambassadors for Religious Tourism, assisted in bringing a group of 20 journalists to The Bahamas over the past week.

The journalists came from a variety of mediums and well-known publications like Hello Beautiful! Black Entertainment Television (BET), The Insider, The Travel Channel, Entertainment Tonight, Ebony, CNN, the Tom Joyner show as well as a number of bloggers.

The event also brought in American actress Sherry Shepard, who is best known for her roles on the daytime talk show The View and the Newly Wed Game.

During her visit, she held a special screening of her new movie Woodlawn that will hit theatres soon.

Director of Religious Tourism Dwight Armbrister said it was pleasing to merge media with religious tourism.

“This is the beginning of the initiatives that we have planned and anything like this can happen from any number of faith-based persons,” he said. “The Ministry of Tourism is working on a number of initiatives to bring religious giants and their congregations to The Bahamas.”

Bishop Ellis not only welcomed the journalists to his home, but with the assistance of the BMOT, he was able to organize accommodations, transportation, an island- tour, a special reception and even took them to his birth island, Bimini.

Bishop Ellis said he met a number of the journalists before and decided to invite him to his country, which he is very proud of.

“To be able to showcase The Bahamas is a delightful privilege for me,” he said.  “We had a press conference in Jacksonville, Florida and the press there got excited about some of our initiatives and we got 1,000 stories. That woke up some more ideas. I believe the more fun they have the more they will want to talk about it.”

When the journalists visited Bimini on Saturday, they toured the island, visited the mangroves where Dr. Martin Luther King Jr.’s bust is located and toured Resorts World Bimini.

The area of the bust is said to be the location where Dr. King wrote his Nobel Peace Prize speech “I have a dream”.

Michelle Duffy of CEO of D3 Entertainment Group was one of the organizers of the journalists’ group.

Ms. Duffy, who is based in the US, said she was hoping this trip would be an eye-opener for the journalists and The Bahamas.

“The Islands of The Bahamas are important to me because of my relationship with Bishop Neil C. Ellis and so we were talking about how we could bring the best type of exposure to the islands. While most island nations do typical kinds of advertising, we wanted to do something different,” she said.

“Non traditional advertising tips the scales better. I believe that if the journalists experience and feel the energy of the island and the enthusiasm of the people, we will see different results. We want to see stories for the next week, month over the next year. They are blown away at the beauty of the islands. We will back to tour some of the islands and some of the journalists here are trying to see how they can bring episodes here to shoot. This was not just a fun trip. We want to see revenue come from it because at the end of the day. If it does not make dollars, it does not make sense.”