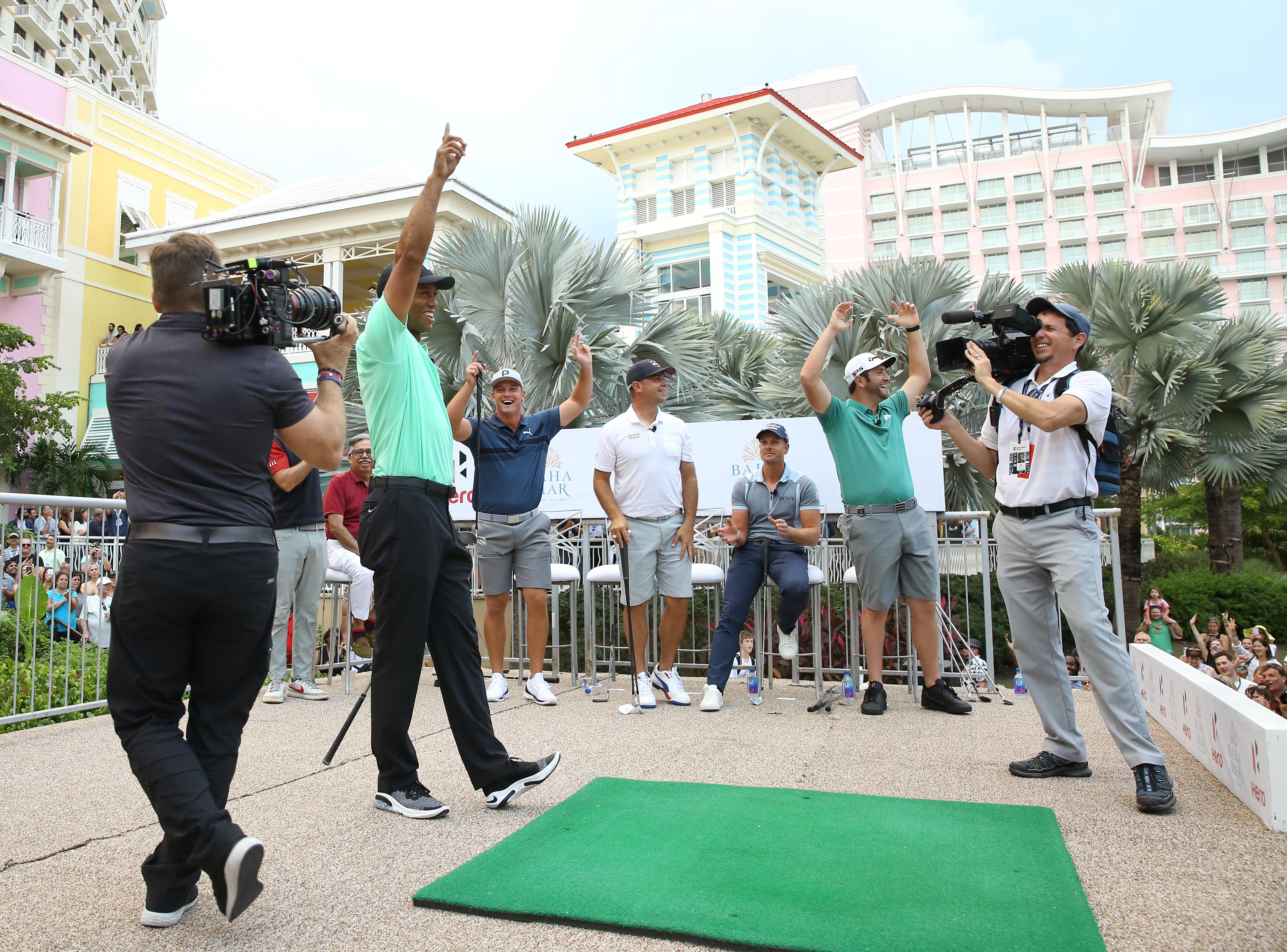 Tiger Woods earned the inaugural Hero Shot at Baha Mar championship on Monday, December 2, to kick off the 2019 Hero World Challenge. Woods defeated Jordan Spieth in the championship round by a score of 1,800-to-900.

The first round of the Hero Shot at Baha Mar featured three head-to-head match-ups, Rahm vs. Stenson, Woodland vs. Spieth and DeChambeau vs. Woods, with each player taking six shots at the target. Stenson advanced by a score of 1,200-to-1100, while won Spieth won his match-up by a playoff score of 200-to-100, Woods earned a 900-700 victory.

In the championship round of the Hero Shot at Baha Mar, Spieth took on Woods with each taking a final six shots at the target. Woods won in walk-off fashion as the two were tied going into the final shot. Woods called game, hitting bullseye earning 1,000 points.

The Hero World Challenge will be held Wednesday, December 4 – Saturday, December 7, with live television coverage provided by GOLF Channel during all four rounds and by NBC during the final round.