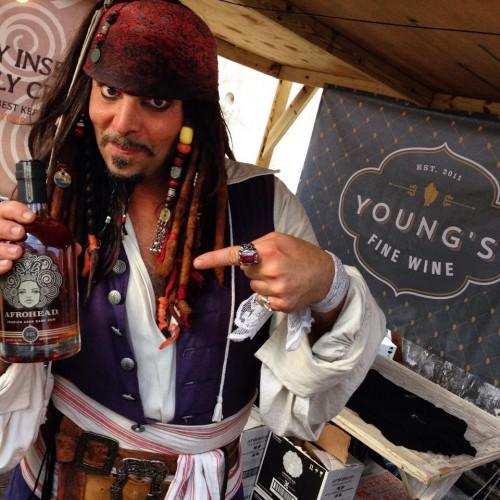 Over 4,000 people came to this year’s Rum Bahamas Festival held at Fort Charlotte February 27- March 1 – an upward trend officials are hoping will continue for years to come.

Catherine Chisnall Mitchell, director of PR and Marketing of Rum Bahamas said this year’s event had almost 80 vendors, half of which were local micro businesses.

“The rise in both local and international attendance has been encouraging and inspiring and we look forward to continued growth,” she said.

“The increase in numbers we credit to the uplifting support from the Ministry of Tourism, our diverse and creative vendors and our extraordinary and innovative community partners, all of whom have contributed invaluably to the strengthening of Rum Bahamas’ brand and reputation.”

“This four-week experience aimed to empower entrepreneurs and small businesses to thrive in a festival culture. The success of this program can be measured in the increased confidence and care shown by the vendors involved. We are eager to continue this initiative to grow local partnerships in the future.”

Rum Bahamas, which was a production by Events by Alexandra, provided delicious Bahamian eats, rum samples, local and international bartender and culinary demonstrations and a never-before-glimpse inside Fort Charlotte that was never opened to the public.

“We love to see these kinds of events continue to multiply in The Bahamas and create a festival culture that can be something that stands on a worldwide stage,” Ms. Chisnall Mitchell said.

“We believe in our Bahamas. We believe in our warm hospitality and we believe that we can always shine. We’ve already had a presence at Exuma’s Fishing Fest and we like to continue that presence throughout the Family Islands.”

While many Bahamians enjoyed the event, Rum Bahamas also attracted a number of tourists.

Ian Burrell, a rum expert who has been to rum festivals in Miami, Berlin, Paris, Spain, Italy and Hong Kong, said Rum Bahamas was unlike any other he’s visited.

“It’s a real festival with rums from all over the world. People are cooking with rum, there is Bahamian music and handicraft so for me this is a real rum festival,” he said.

“This is probably the only one that is outdoors and in the Caribbean. Rum is the Caribbean and it is the epicenter of the rum world. This is the second year of the event and so it is going to take a little bit of time to get established. The only thing I would look to do is try to take this internationally by attracting the big rum companies, which will attract tourists specifically coming to the island just for the rum festival and make it a rum destination.”

John Hoot of Arizona said he and his wife heard about the festival through Bahamas.com and decided they had to visit.

“We’ve enjoyed ourselves. We have tasted a lot of rums and this is something we definitely want to come back to. We have a company called Rum Therapy and this event has been exactly that,” he said.