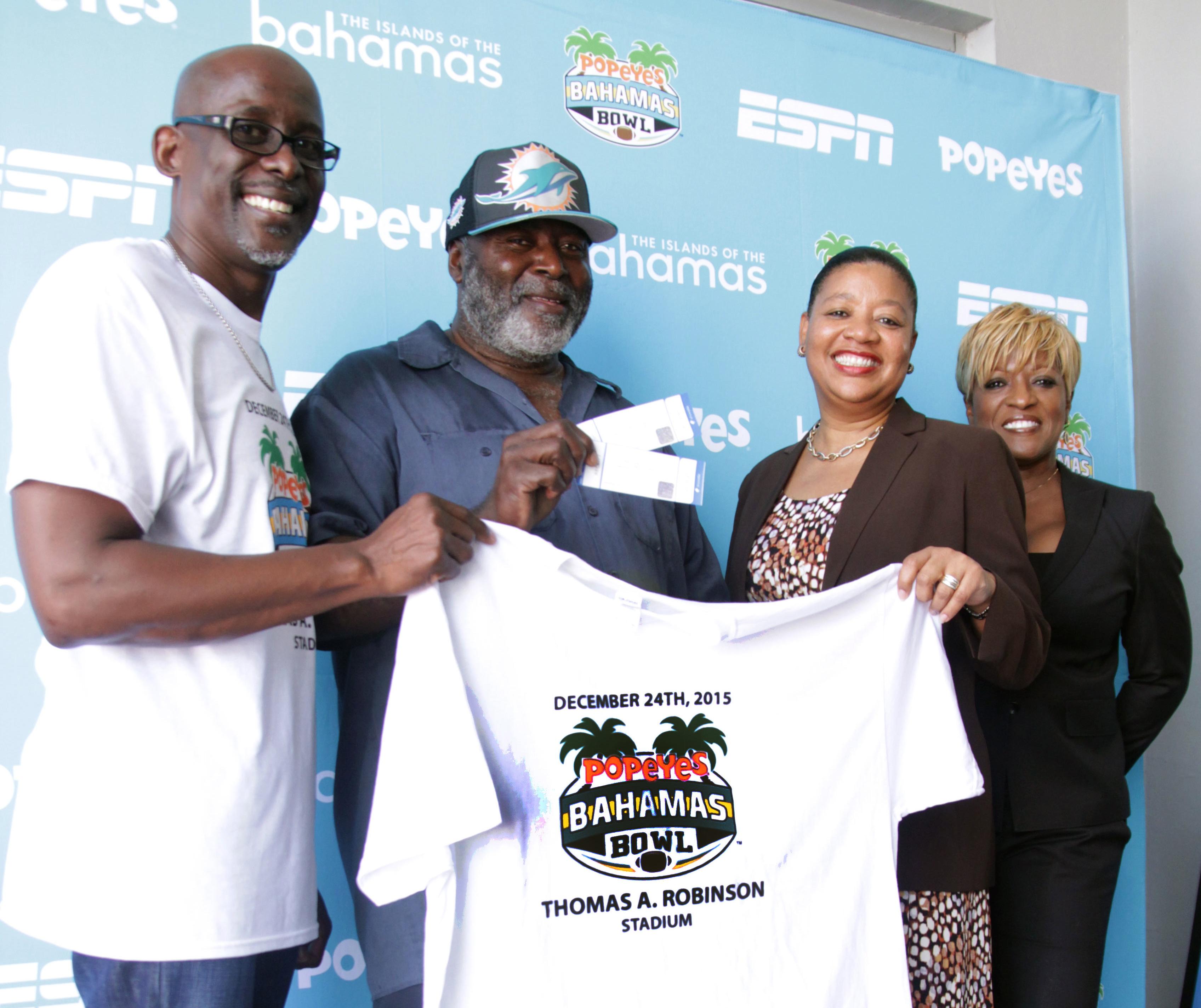 Tickets for the exhilarating Popeyes Bahamas Bowl scheduled for December 24th are now on sale at the Thomas A. Robinson Stadium.

This year, ESPN Events will host the game at noon as two teams battle for the top spot and bragging rights.

Last year, the game was so exciting that it was nominated on ESPN’s top 10 picks for 2014 and received an ESPY nomination.

The Ministry of Tourism is hosting the event along with Popeyes and ESPN.

The ministry has signed on to host the event for the next four years.

Coco Cola is also a major sponsor of the event.

Senior Director of National Planning in the Ministry of Tourism Carla Stuart said officials are excited to bring the thrilling game back to Bahamian shores.

“We are so excited and we couldn’t think of a better way to spend Christmas Eve than to watch one of Bahamian’s favourite sports- football. Last year was tremendous and we know that this year is going to be even better,” she said.

“The amount of exposure we received was just tremendous but in addition to that Bahamians had a great time. Bahamians should come out, enjoy the event and purchase your tickets quickly because the interest in this year’s event is high and everyone wants to see who will win the Popeyes Bahamas Bowl.”

“We want the experience to speak well what it means to be a part of Popeyes Bahamas Bowl. We have the Saxons versus the Valley Boys Junkanoo Group in the half time rush-out and that in itself is enough to make you want to come out,” he said.

Mr. Armbrister, who came out last year, says he can’t wait to see what this year has in store.

“I never was the first person to get a ticket before,” he said. “Last year was great. I hope this year is even more exciting.”

For Family Islanders that want to come to Nassau for the game, the Ministry of Tourism has put together a number of domestic packages.

Those packages include stays at the hotels Orange Hill, Red Carpet Inn, Casuarinas and rates start as low $373 per person. Flight and hotel can cost as little as $391 per person.

For more information on tickets and accommodations visit www.bahamasbowl.com.