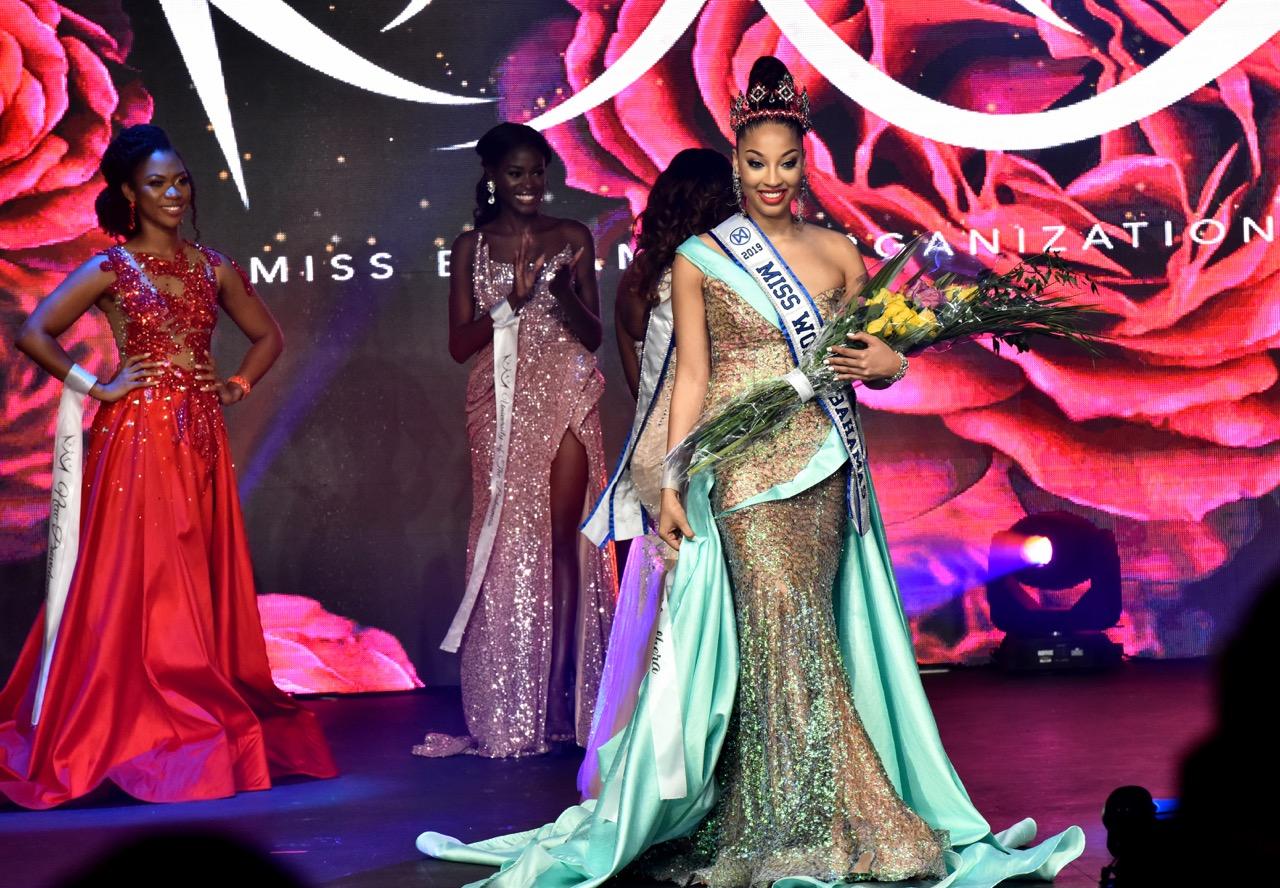 Nassau, Bahamas, May 27, 2019– And the winner is...... 18-year-old Nyah Bandelier was named Miss World Bahamas 2019 on May 26 before a capacity crowd at the Atlantis Theatre, Paradise Island and an international audience watching by way of live stream. This was the first pageant for the high school graduate who prior to entering, was awarded several scholarships to begin studies in September to become a medical doctor. Now that she has captured the title of Miss World Bahamas, those plans have been temporarily put on hold as she has her sights set on Miss World.

Under the theme ‘Reflections – be the change you want to see’, the eight contestants captivated the audience from start to finish with outstanding performances. The pageant saw several dramatic twists and turns, with the judging panel, the viewing audience and contestants all weighing in on who should be queen. Nyah was awarded a year-long salary as an ALIV brand Ambassador. In addition, she receives: a cash award, styling services by David Rolle, a designer wardrobe, Club One Fitness Center membership for one year, hair and makeup services, dental services, travel and access to top- tier events and the chance to represent The Bahamas at Miss World 2019 in Thailand. Her preparations for the international competition now begin in earnest.

Nyah’s crowning was the culmination of weeks of hard work. Contestants were subjected to four intense days of boot camp, photography, videography and more at the British Colonial Hilton Hotel and the Sandyport Beach Resort which comprised of 14-hour days of training, lectures, grooming, photography and more. The subjects covered were purpose and mission, self-esteem, effective public speaking, health and nutrition, living a limitless life, being an effective youth ambassador, and handling media. Their training was filmed in a 4-part reality TV series ‘Road to The Crown’ which was broadcast on Cable 12 TV.

The nation’s newest beauty ambassador represented the island of Eleuthera. She is a model who aspires to be a successful entrepreneur and Doctor, specializing in obstetrics. A trained dancer, Nyah enjoys sushi and tacos. She is passionate about raising awareness on plastic pollution in The Bahamas through membership in the Bahamas Plastic Movement which promotes plastic pollution education and ocean conservation.

To learn more about our new queen, please visit www.missbahamas.net.

Established in 2005, the Miss Bahamas Organization® (MBO) is a company that advances and supports today's women through its Passion for Pageantry with a Purpose. Our mission is to bring out the personal bests women seek to achieve by cultivating their passions, self-image, and education in an environment that encourages the pursuit of purpose, promotes discipline, and supports the strengthening of character. The Miss Bahamas Organization® prepares them to take on the world as women who are aware of the power that derives from fulfilling their purpose, and who use that power to impact the welfare of humanity. MBO achieves its mission by unearthing, training, and unveiling the nation's finest women through an annual national beauty pageant system in The Bahamas. This system incorporates months of intensive grooming, coaching and preparation that culminate with the coronation of a goodwill ambassador who will represent her country in the Miss World pageant, promotional events, and charitable endeavours.