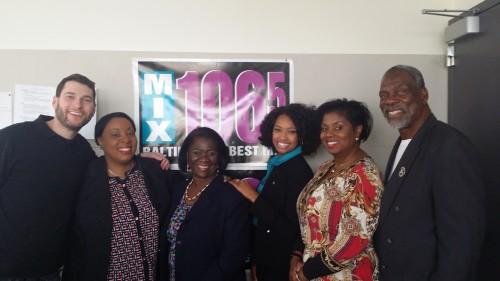 FORT LAUDERDALE, FL, March 13, 2015 – The Islands of The Bahamas has successfully completed a Sales and PR Mission across the U.S. informing all of the ease, affordability and convenience of travelling to Grand Bahama.

A team comprised of Bahamas Ministry of Tourism staff, both U.S. and Grand Bahama based, Grand Bahama Island Tourism Board and partners from across the spectrum of tour operators, airlines and ground transportation representatives recently visited major cities beginning in the North East and ending in Nashville, TN. Partners taking part in the road show in various cities included representatives of Vacation Express, MLT Vacations and Mark Travel - tour operators, Forbes Charter Service (ground transportation), Underwater Explorer’s Society UNEXSO (Dolphin Programs) and the Grand Lucayan Resort, Grand Bahama. Potential customers were told about experiences such as shopping, casino gambling or relaxing on one of the most beautiful beaches in the world.

Bahamas Tourism Area Manager for the Mid-Atlantic Region Jennifer Gardiner-Bannister organized a series of seminars and trade shows across the U.S. She told a group of agents in the Northeast that, "Your presence here tonight despite the extreme cold temperatures outside, is an indication to us that you are truly interested in learning about what The Islands Of The Bahamas has to offer you and your clients." Senior Director of Niche Markets and Promotions and Partnerships Valery Brown-Alce attended the seminars in both New Jersey and Philadelphia.

Other members of the road team included, Edward Archer, General Manager, South Eastern Region; Grand Bahama team members Sanique Culmer, Wendall Saunders and Doria Forbes. In addition to the Seminar/Trade Shows for agents, the Public Relations team through appearances on television and radio, and interviews with magazines and local newspapers, informed consumers in each of the cities of the great vacation opportunities. The Public Relations team included Mikala Moss, Brook Sherman-Grant and Jeannie Gibson and Grand Bahama Island Tourism Board, Donna Munroe-Isidora.

The message was “Grand Bahama is Grand” and with new direct service on Sunwing Airlines packaged by Vacation Express, the opportunities to get to the island has been made much easier. Director General of Ministry of Tourism Joy Jibrilu says Grand Bahama is one of the country’s most exciting and adventurous destinations. “The island has so much to offer especially with its myriad of eco-tourism attractions, its pristine beaches that goes on for miles, world-class resorts and great shopping. We are so glad that with these packages through the Vacation Express program, greater numbers of persons from across the United States will get the opportunity to visit and experience for themselves this grand destination,” she said. The new non-stop services will operate between May and October of this year, with dates varying from one city to the other. The Canadian-based, Sun Wing Airlines will be used to provide air on their 737-800 jet series.

The weekly schedule will allow for easy four-night/five-day getaways to Grand Bahama from New Jersey, Philadelphia, Cincinnati, Columbus, Pittsburgh, Baltimore, Nashville and Houston. Vacation Express packages include airport transfers and in some cases all-inclusive packages (including meals and drinks). Vacation package deals to Grand Bahama Island start at $379, including non-stop flight, hotel and taxes. Customs pre-clearance takes place in Grand Bahama Island so passengers arrive back to their city just like a domestic flight. The flights depart on a back-to-back basis allowing for four-night packages that leave on various days of the week, however, If vacationers are interested, eight night packages can also be arranged.

Information is available at www.bahamas.com/gbiflights or through local travel agents. Full of history and charm, Grand Bahama Island is a complete vacation destination. Some of the island’s settlements, such as Pinder’s Point, Russell Town and William’s Town serve as cultural hot spots for visitors. And if you’re looking to tour some natural surroundings, feel free to explore the island’s three national parks, two of which are home to a large number of birds. For shopping the Port Lucaya Marketplace and Marina features a collection of island-style buildings on the waterfront, and is filled with shops, restaurants and bars as well as nightly live entertainment.