Ministry of Tourism Launches “From Bahamas With Love” 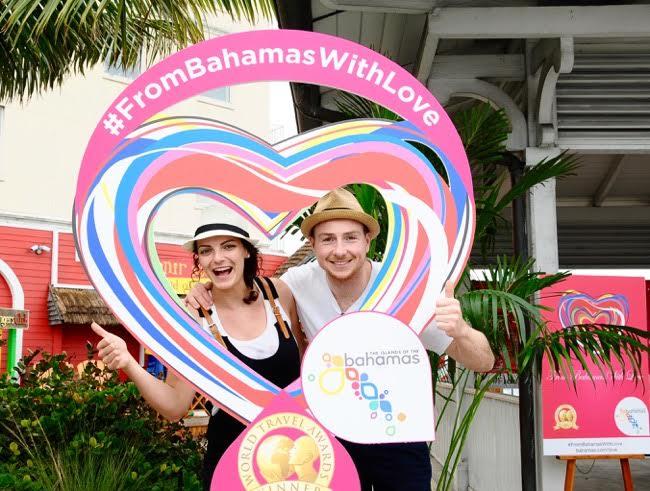 Coming off the heels of winning the World Travel Award for Best Romance Destination in the Caribbean, Bahamas Ministry of Tourism officials this week launched “From Bahamas With Love” – a new promotion aimed at luring tourists to The Bahamas.

During a press conference held at Pompey Square in Nassau, Deputy Director General of Tourism Ellison ‘Tommy’ Thompson said the promotion comes after the Caribbean Hotel Tourism Association (CHTA) declared “A Year Of Love” in the Caribbean.

“Because it is the year of romance, what we are doing is theming each month in terms of the romance months that we are going after. The month of February will be engagements. When we move into March and April it will be the bachelorette parties. May will be the destination weddings and in June it’s honeymoons,” he said.

In July, officials will focus on vow renewals; August will be baby moons; September will be special milestones like wedding anniversaries; October will be romantic getaways; November will be engagements and in December, honeymoon registries will be the focus.

In 2014, Romance Tourism brought in over 76,000 stopover visitors to The Bahamas.

Mr. Thompson says for 2016, officials are hoping to increase that number.

“What we are projecting for 2016 is that we want to increase that to 100,000 over the next two years, and we want to make sure that that spreads throughout The Islands of The Bahamas. If we get 100,000, we would be looking at $150 million in revenue. If we are looking to get these weddings in the Family Islands in particular – where is it better to have a romantic encounter?”

The deputy director general added that tourism officials are reaching out to several areas.

“We want to make sure we are getting the romance business from all of the areas in the US and Canada. When we look at our statistics, we see that New York, Florida, Pennsylvania and Texas are growing very nicely for us, and one of the surprising markets is California. The interesting thing is we don’t have any non-stop flights from California, but it is growing.”

In 2014, the Bahamas Ministry of Tourism led the way in the romance market with its “16 Islands, 16 weddings, One Priceless Day promotion”.

This year, the promotion is being duplicated in Canada.

Director of Romance in the Ministry of Tourism Freda Malcolm says these promotions have garnered great benefits for The Bahamas.

“We started our signature bridal events and this is proving to do well for us. We have found from our exit surveys that it really is a multi-billion dollar business. We are really expecting that this campaign will increase our numbers this year,” she said.

For more information about the special “From Bahamas With Love” promotion, visit www.bahamas.com/romance.