"For the Love of Coconuts" 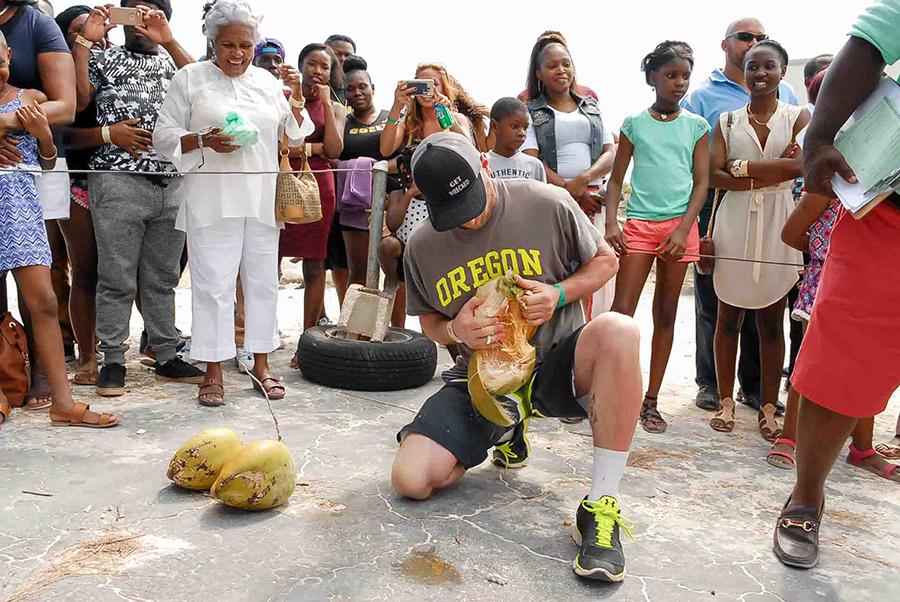 On Monday, April 17th, the 19th Annual Pelican Point Coconut Festival kicked off at the Pelican Point festival grounds in McLean's Town with over 3,000 attendees on site.

The native festival, which began at 11:00 am, was filled with excitement, and featured several coconut-themed activities for those who wanted to fully embrace the theme of the event.

Approximately 70 miles east of the city of Freeport, Pelican Point is known for its lush coconut trees and beautiful beaches.

With such a picturesque backdrop for the native homecoming festival, it is the hope of many residents to keep the festival thriving in order to preserve the rich culture of the local community.

With coconut barking contests, coconut infused dishes, and coconut plaiting demonstrations all a part of the festival’s traditions, festival goers truly experienced how important the coconut is to residents and descendants of Pelican Point.

According to Paulette Thomas of the Pelican Point Coconut Festival Committee, "judging by previous years, the turnout this year was very good".

K. Peter Turnquest, Member of Parliament for East Grand Bahama, said that "This is the traditional, historic, cultural festival on Easter Monday and we want to make sure that we promote this and support it so that it can continue".

Turnquest also stated that "It's not only a show of support, but this is how a lot of residents in the area earn money, so we want to make sure that we don't allow this to fall in any way, in terms of the support and the significance of it".

As preserving cultural heritage is a considerably large aspect of tourism, Elaine Smith, Coordinator, Product and Suitable Tourism Department, extended congratulations to the Pelican Point Coconut Festival Committee for their dedication and consistency in pulling off such a quality event for the past 19 years.

Smith noted that "It is not until you attend an event like this, that you understand the uniqueness of the destination of Grand Bahama Island".

She added that the committee, along with the Ministry of Tourism, hopes to continue the traditions of the Pelican Point community by hosting this festival every year.

The festival concluded with several giveaways from the major sponsor, BTC, along with performances by the St. Georges' High School Pop Band, G.B. District of the Royal Bahamas Police Force Pop Band, D Mac, and Stileet.