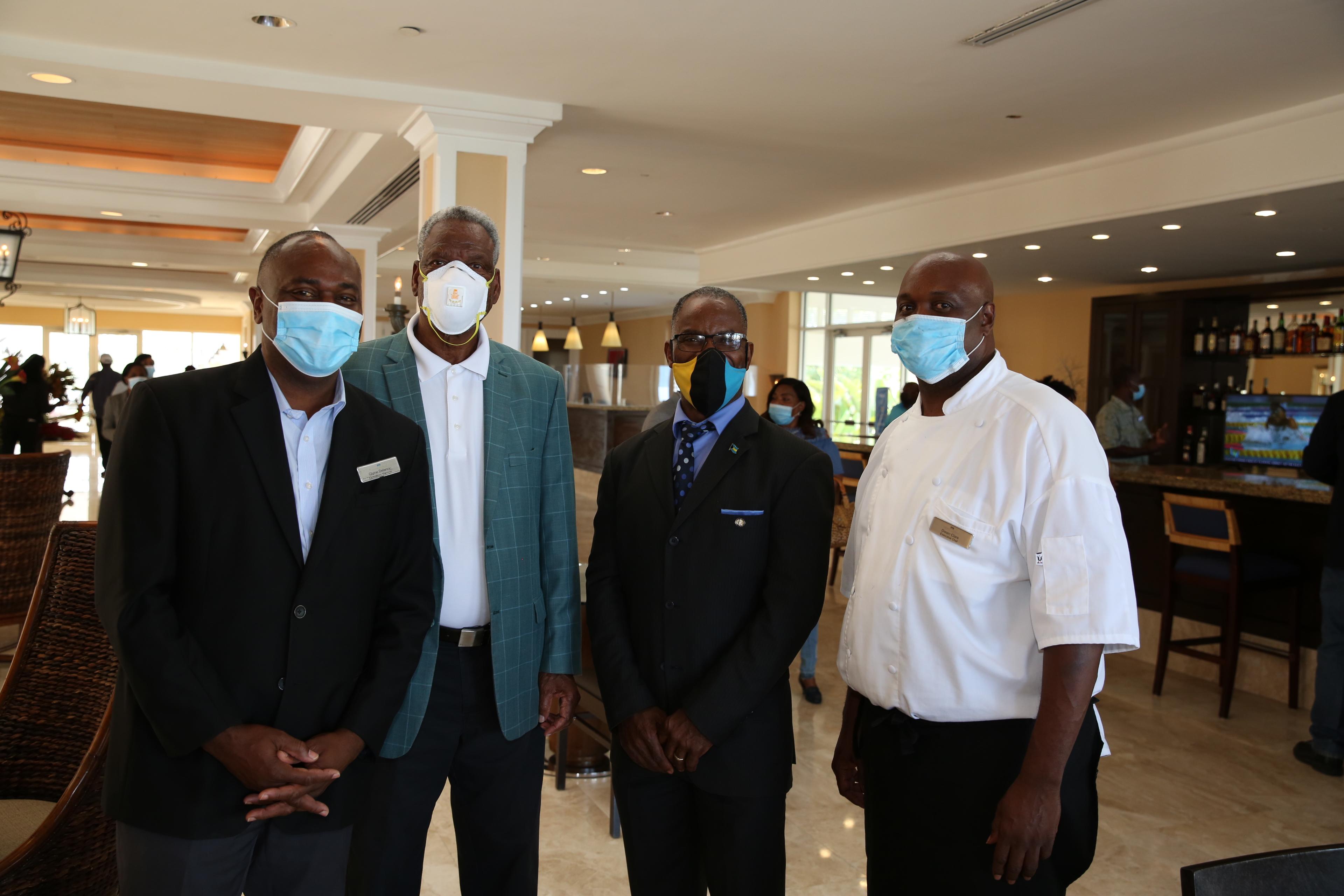 Photo Caption: Minister of Youth, Sports and Culture, Hon. Iram Lewis (second from left) mingles with some of the guests and hotel employees during the soft opening of Lighthouse Pointe on Wednesday night. Standing with the Minister is Grand Bahama businessman, Headley Forbes; Director of Operations at the Lightbourne Pointe, Glyine Delancy (left) and Executive Chef at the Lighthouse Pointe, Dwayne Cleare (right). Photo Credit: BIS Photos/ Andrew Miller

GRAND BAHAMA, The Bahamas — Good news for Grand Bahama, as the Lighthouse Pointe at Grand Lucayan opened its doors to guests on Thursday, March 25, 2021.

The opening marks what is expected to be a phased reopening of the entire Grand Lucayan Resort. Lighthouse Pointe has 200 rooms available for guests, with a number of restaurants reopening as well.

A soft opening of the Hotel took place on Wednesday, as Hotel managers took the media on a tour of the facility. There was also a luncheon on Wednesday afternoon for Hotel Executives and partners. Then on Wednesday night, a meet and greet event was held for government officials. 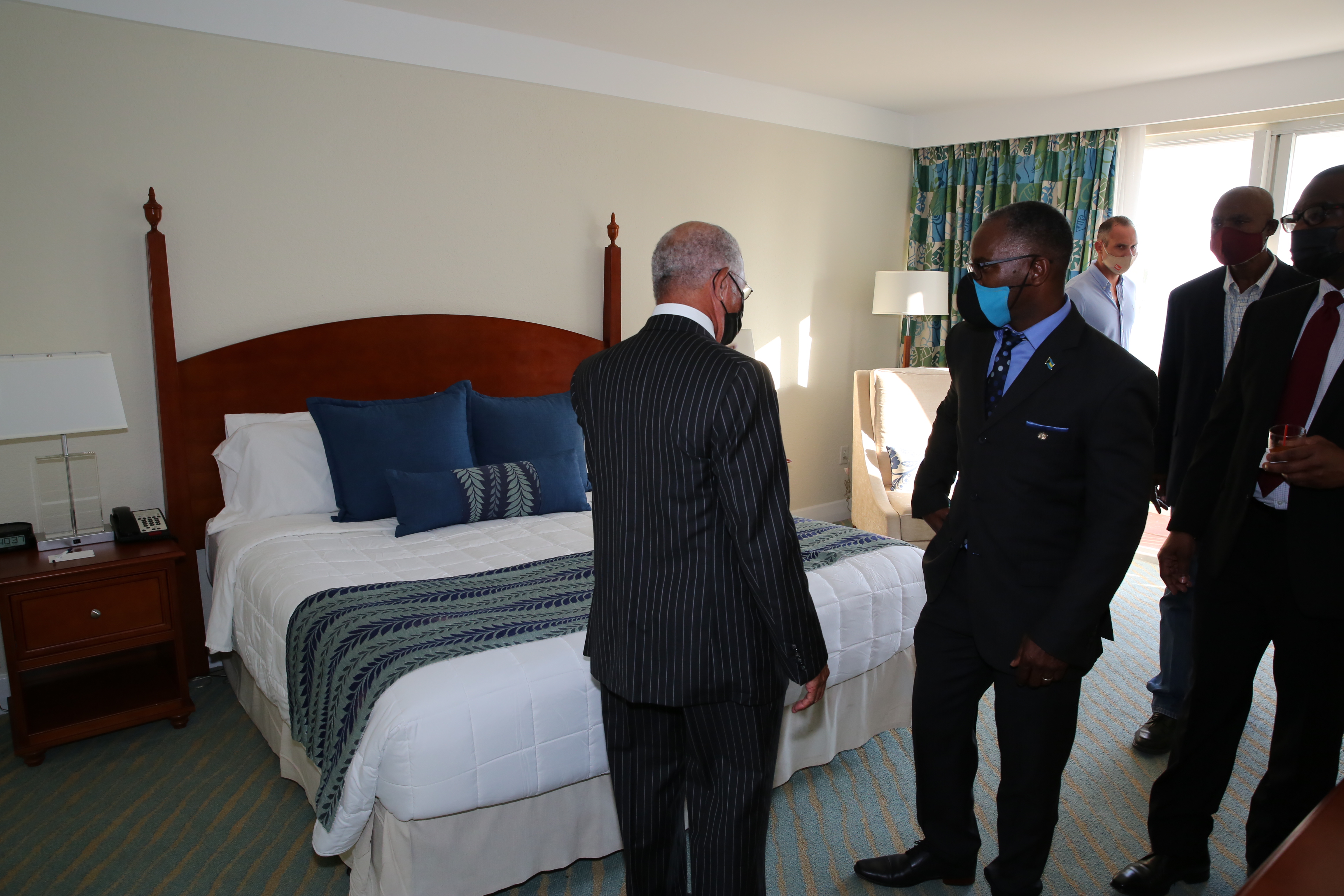 Photo Caption: Ministry of Youth, Sports and Culture, Hon. Iram Lewis, along with invited guests at Lighthouse Pointe's soft opening on Wednesday evening, views one of the renovated guest rooms in the hotel during a tour of the property. Photo Credit: BIS Photos/ Andrew Miller

Minister of Youth, Sports and Culture and Member of Parliament for Central Grand Bahama, the Hon. Iram Lewis is excited about the opening of the Hotel, calling it a great start to helping Grand Bahama bounce back following the devastation of Hurricane Dorian and the fallout from the COVID-19 pandemic.

"The government is committed to a better Grand Bahama", said Lewis. "And this is definitely good news for Grand Bahama."

It is expected that close to 70 employees will be re-engaged at Lighthouse Pointe. According to Minister Lewis, all of the staff members are Bahamian and not one work permit was issued to reopen the hotel.

The reopening of the Lighthouse Pointe came days after President of Royal Caribbean International, Michael Bayley announced other good news for Grand Bahama when he recommitted to his company's intent to move forward with plans to purchase and redevelop the Grand Lucayan resort.

Executives at Lighthouse Pointe have confirmed that bookings have been steadily picking up and believe that since that hotel has opened, even more bookings will increase.