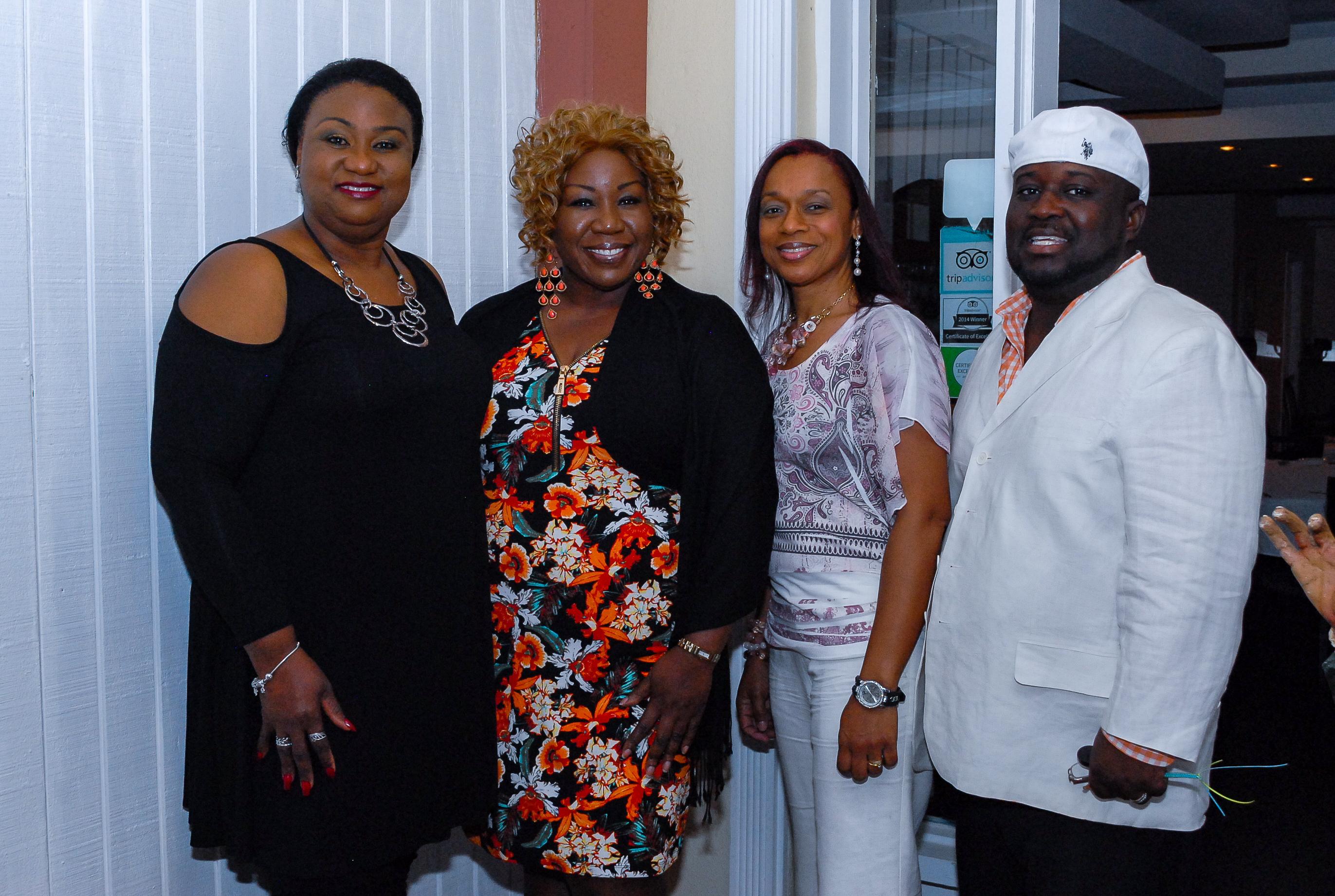 FREEPORT, Grand Bahama Island – On Thursday, February 9th, 2017, actress and recording artist Judy Peterson visited Grand Bahama Island to host a “Shine Bright” seminar with students at both the Mary, Star of the Sea Catholic Academy and the St. George’s High School in anticipation of launching a Bahamas chapter of her US based mentorship program for young women.

As a gospel recording artist, Judy’s musical gift has given her the title of Psalmist, under which she ministers through song to congregations throughout the United States and abroad.

On Saturday evening, Judy was hosted to a dinner by the Religious Tourism Department of the Ministry of Tourism, and enjoyed live music and entertainment in the Count Basie Square at the Port Lucaya Marketplace.

Debbie Huyler, Manager for Religious Tourism, shared that “Relationship building is a key component in establishing a strong network of partners to grow the religious tourism sector of Grand Bahama Island”.

She explained that Judy Peterson spoke of encouraging Tyler Perry to look at our island in addition to others that he frequents to perhaps film one of his movies.

She added that “I believe that Judy’s visit was the beginning of an awesome relationship bridged between the Ministry of Tourism and the religious film producers”.

Judy Peterson is known for the many roles that she has performed in Tyler Perry’s hit stage plays, such as “Madea’s Class Reunion” and “Madea Goes to Jail”, in which she, respectively, played the characters Diana Massey and Katie.

Rev Jesse Jackson in The Bahamas for Baptist Convention