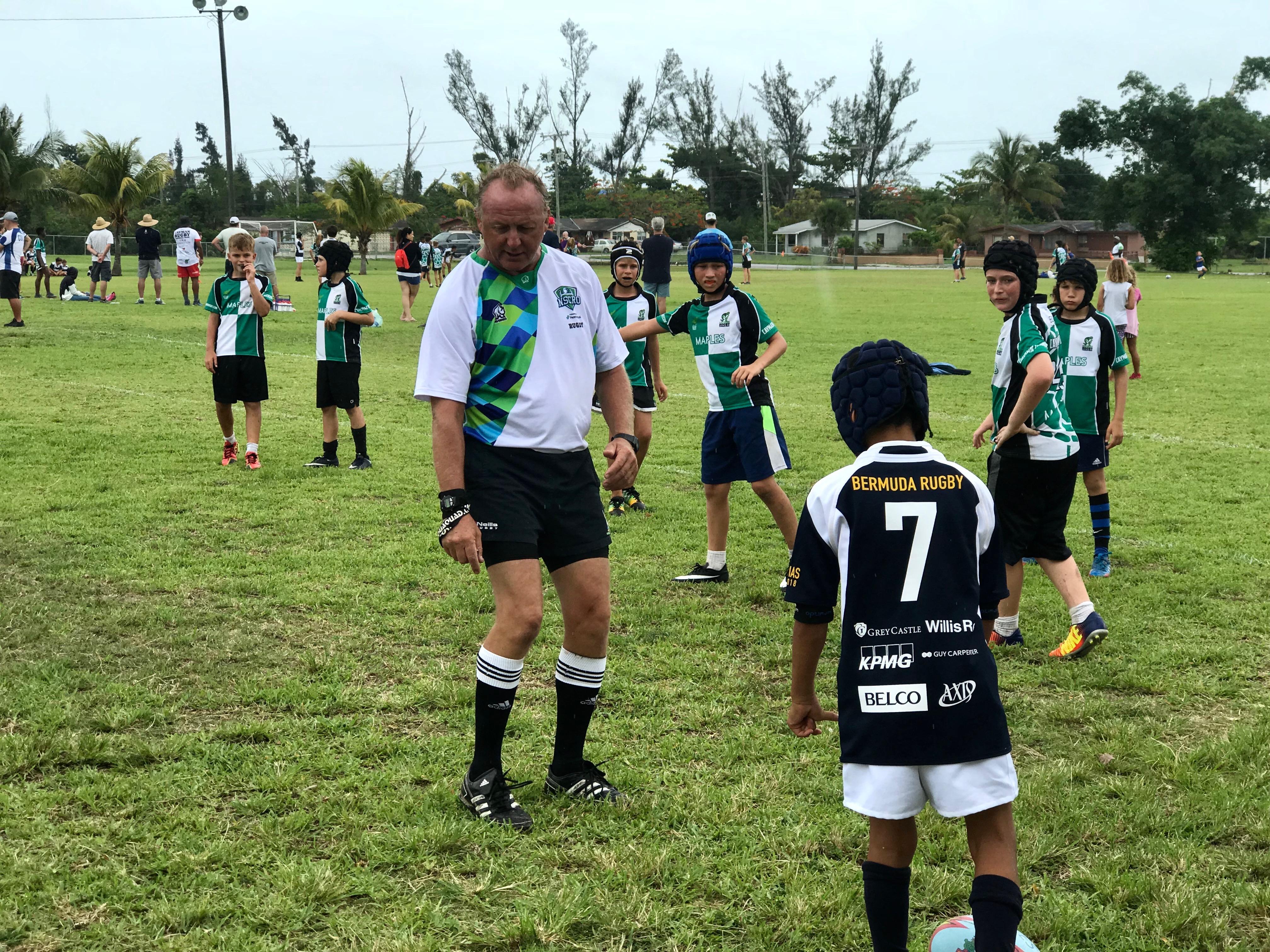 Over the weekend of May 19 -20, the 8th Annual Jr. International Rugby Festival took place at the Freeport Rugby and Football Club (FRFC) on Grand Bahama Island where local players were given a unique opportunity to learn new skills from competing teams in the region.

As over 350 persons travelled to the island for the event, junior players and their families from Grand Cayman, Bermuda, New Providence, and Key Biscayne, Florida were able to take advantage of the many offerings on Grand Bahama Island.

Thirteen-year-old William Barret-Law from the Freeport team said, "It's just a great experience, with all these new nations coming in. [Every year] I look forward to playing more matches and improving myself in rugby and meeting new people."

For some, the festival has become a staple event to which coaches and players look forward each year.

Sebastian Bustos from Key Biscayne, coach of players under 10, who has been visiting the island for approximately five years, said, "They have received us in a marvelous way! It's always a weekend of good rugby, lots of fun, lots of kids playing and being happy together."

"We know the Freeport guys very well but also the Cayman and Bermuda teams [so] it's becoming a sporting and a social event that we look forward to all year round."

Quinn Hewison, Nassau Renegades, has also participated in the tournament for several years and agreed that "Although it's very competitive, there's a lot of great athletes and it’s really nice to be here."

Stephen Sheehan, Youth Development Officer, FRFC, said, "We have kids playing from different age groups...and it's very positive [so] it's really cool to see kids from all over the world meeting up and bonding through this sport."

As the Annual Jr. International Rugby Festival has become one of the biggest sporting events on Grand Bahama Island to date, the Ministry of Tourism & Aviation is always pleased to partner with the Freeport Rugby and Football Club's annual event.