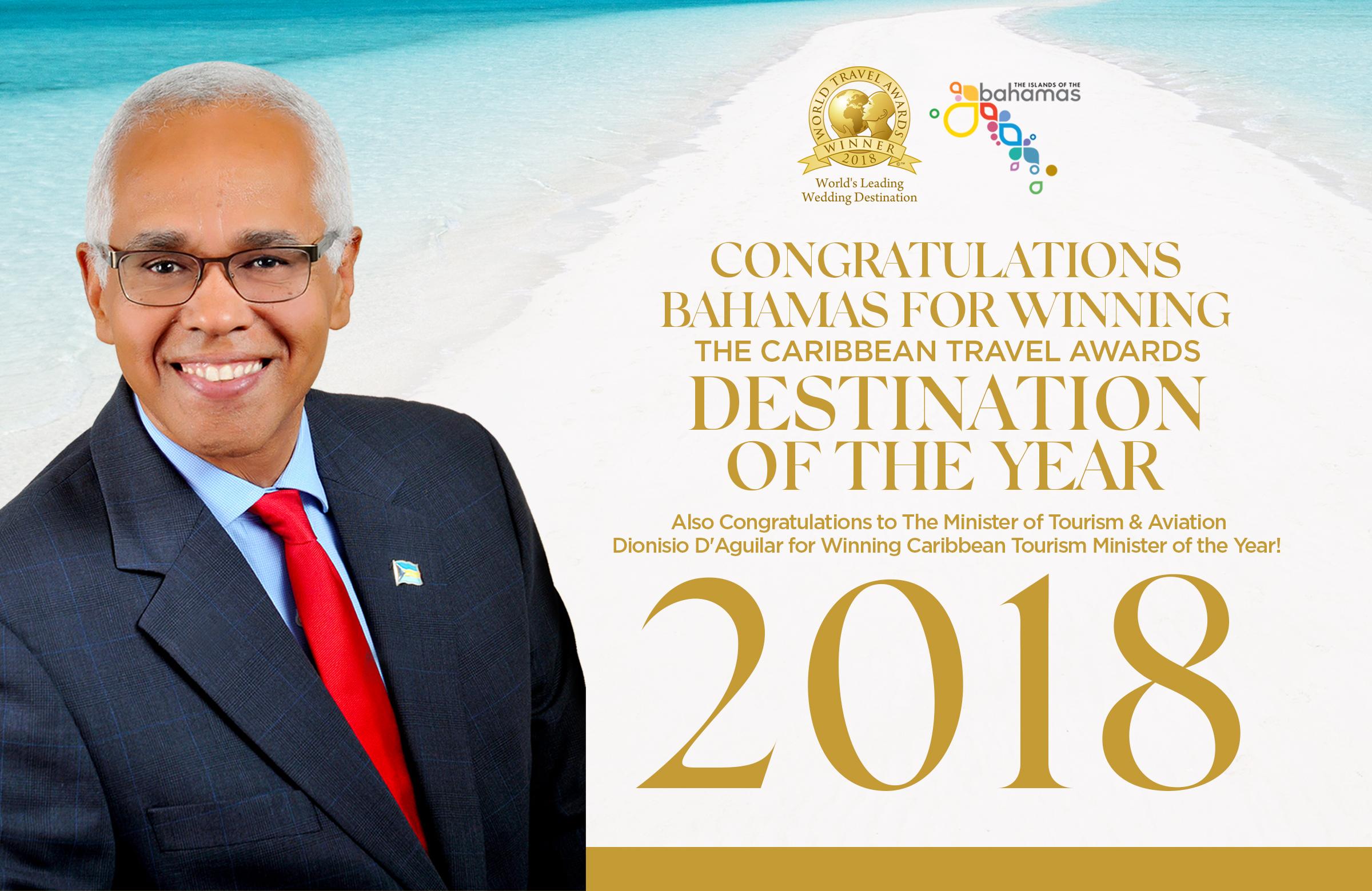 Editor and Publisher of Caribbean Journal Alexander Britell said, “The region’s tourism offering has never been more diverse or more energetic. It’s a message to the world that the Caribbean isn’t just back — it’s better than ever.”

But it is better in The Bahamas, and according to officials, the destination had the most impressive growth in the region.

“While several destinations have had particularly strong growth in 2018, none has been more impressive — or more broadly impactful — than The Bahamas,” officials said on the destination’s website.

“That’s because while the destination has seen surging airlift growth (and a powerful increase in arrivals, thanks to the full-fledged debut of the Baha Mar mega resort), this year has seen something unique for the destination: universal growth. That means growth that has been felt beyond the traditional pole of Nassau and New Providence. Indeed, islands across the Out Islands (and, crucially, Grand Bahama) are seeing strong growth — a clear sign that The Bahamas’ tourism growth is being realized across 700 islands and cays. And that’s a very powerful thing.”

Just recently, Ministry of Tourism and Aviation officials reported that stopover arrivals have soared by some 18 percent from January to October 2018. Expedia travel has also reported that room night sales have grown by 30 percent and forward bookings are up by 9.2 percent.

The Caribbean Journal says part of this success is due to Minister of Tourism and Aviation Dionisio D’Aguilar.

“While The Bahamas’ impressive growth has come from myriad sources, the destination’s surge has been expertly stewarded by Tourism Minister Dionisio D’Aguilar, who took over in the role in 2017,” officials said.

“From adding new hotels to helping to secure crucial new flights to, importantly, making a concerted effort to give The Bahamas an active regional presence in the Caribbean, both at the public and private sector levels, D’Aguilar has been at the heart of the country’s impressive growth.”

Minister D’Aguilar said that new and refurbished hotel offerings are the key to the success The Islands Of The Bahamas has had over the past year.

“We will continue to work to reach millenials as well as repeat visitors looking for authentic, unique Bahamian experiences through the natural beauty of all of our islands, strategic partnerships and promotions, media relations and attractive programs for travelers,” he said.

“Our priority will be to continue to position The Islands Of The Bahamas as a premier travel destination.”