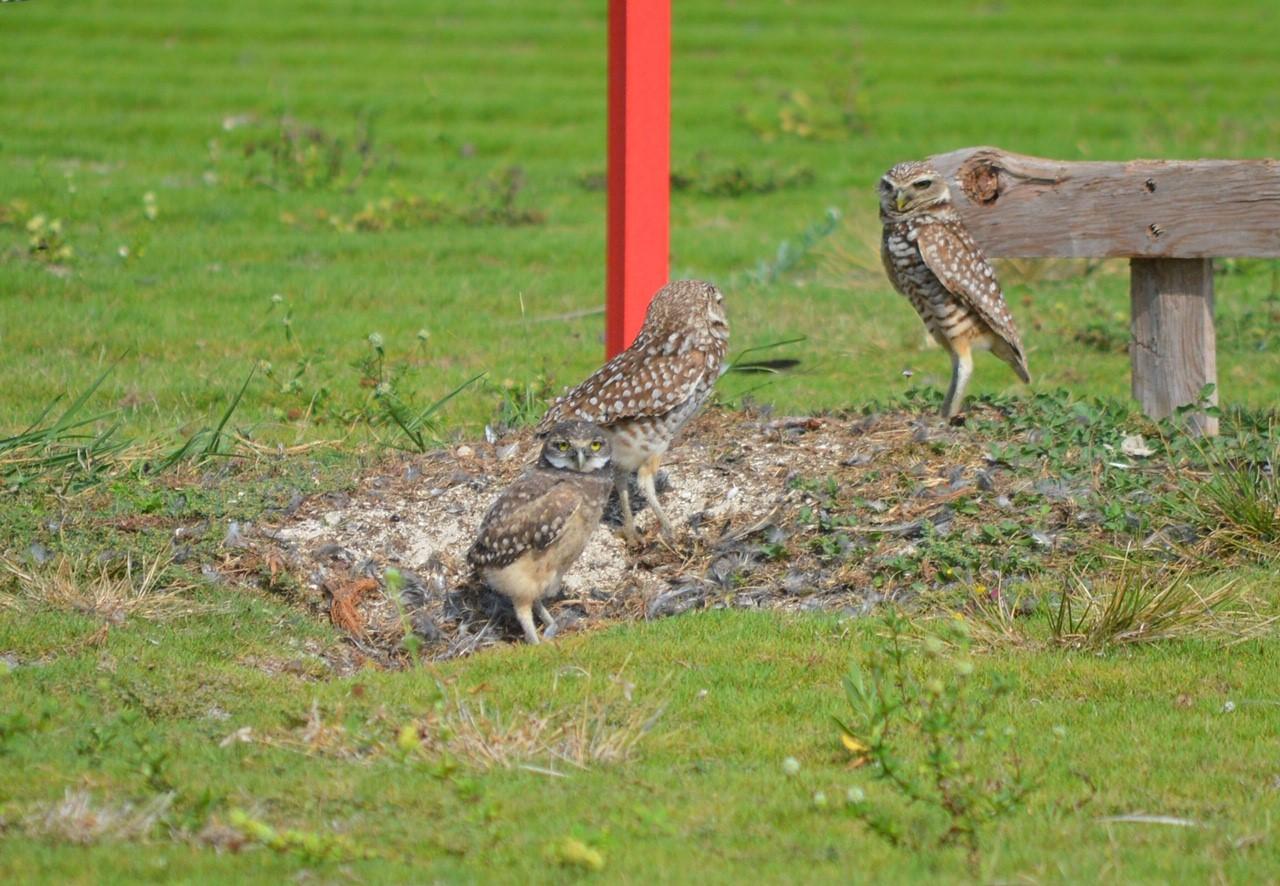 PARADISE ISLAND, MAY 6th, 2020 - In defiance of circumstances thought to fuel their decline, a family of Grey Burrowing Owls has established a home at Ocean Club Golf Course. The two owls have made an underground habitat near the 13th hole and, in early March, hatched two baby owls.

Despite criticism that golf courses have a negative impact on the environment and species in the areas they are developed, the Ocean Club Golf Course and the team that manages it has seemingly done the opposite. This owl family is yet another example of how initiatives to foster and encourage wildlife has paid off.

The Bahamas National Trust has held an annual bird count at the course for the past several years, hosting many bird watching enthusiasts to the plethora of species that not only inhabit, but thrive in the area.

“Everyone here is excited about the owls!” said Golf Course GM Robbie Leming. “Without any golfers the last few weeks, it has given those of us still here taking care of the course something to think about, that life goes on. This time won’t last forever, and we have to continue to work towards the future and be ready.

“We are also looking forward to the BNT coming back to have a look at these gorgeous animals who have joined our extended family here on Paradise Island.”

Necessary steps are in place to keep the owls and their nest safe. However, the current limits on movement and access to services have been beneficial to them as well.

Director of Agronomy Jeff Hood says that the Grounds Team takes pride in the variety of species of birds that live on the course and encourages them with native plantings and habitat maintenance.

Hood boasted about the diversity found in the area, “We have a native species of duck called a White Cheek Pintail for whom the Paradise Island area has always been a critical habitat for their breeding cycles. We presently have at least four families with several ducklings. We also have several Moorhens that have recently hatched and several mating pairs of Black Neck Stilts.

“We encourage all of these species by maintaining a buffer between the lakes and the manicured turf. There are about 10 feet, where we only do minimal maintenance. We ensure there are no pesticides or fertilizers in this area. Doing so provides shelter and nesting sites for many of these species. On most lake banks, we have planted some type of Rush, all native to Bahamian wetlands. This results in a build-up of sediment, also known as a littoral area that is excellent feeding grounds for several species of Herons and Egrets,” continued Hood.

“We have also planted Sea Oxeye Daisy, which is another native plant species that are excellent for our thriving honey bee population. We have at least 40 Ibis that call the Ocean Club home and are often feeding on the worms and insects in the turf.”

According to the Smithsonian National Zoo and Conservation Institute, Burrowing Owls are one of the smallest owl species. Unlike most owls, they are very active during the day and nest in underground burrows. They are native to the deserts, plains and fields of western North America, and the drier regions of Central and South America.