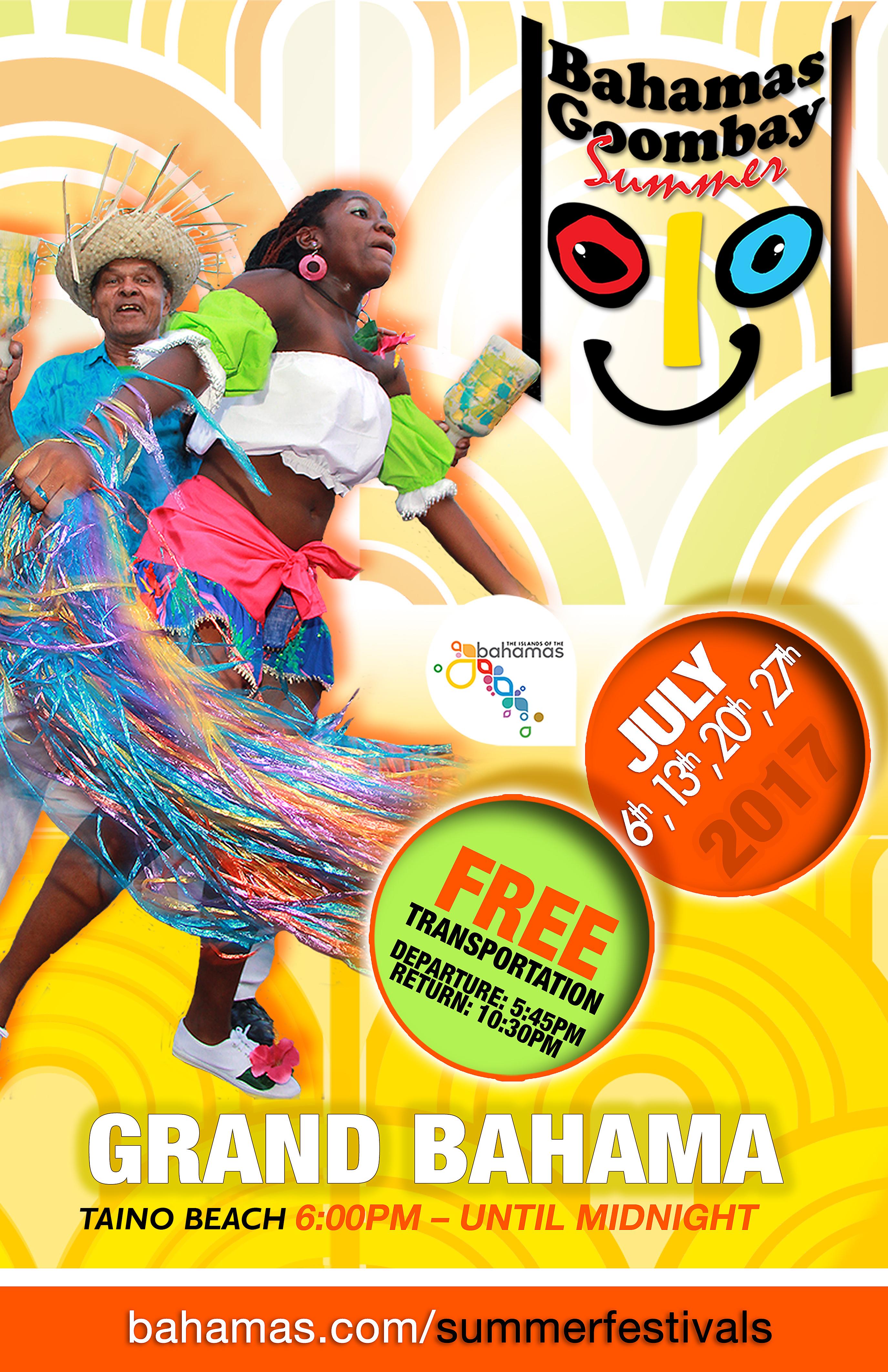 On July 6th, 2017 Goombay Summer Festival will officially kick off with four weeks of rich cultural excitement and Bahamian heritage celebrations for the entire family.

Goombay Summer Festival, launched in 1974, is a depiction of Bahamian rhythm and soul through the beat of goatskin drums.

The electrifying event, which attracts thousands of festival goers, is set for every Thursday in July, 6th, 13th, 20th and 27th from 6:00pm until 12 midnight at Taino Beach.

As the opening night of this year’s festival is an official part of the island’s national Independence celebrations, attendees can look forward to experiencing the best in Bahamian cuisine, arts, crafts and entertainment.

Bethel adds that it also creates an atmosphere for participants to feel the rhythm, culture and character of Goombay, uniquely packaged into the down home flavors of Grand Bahama Island.