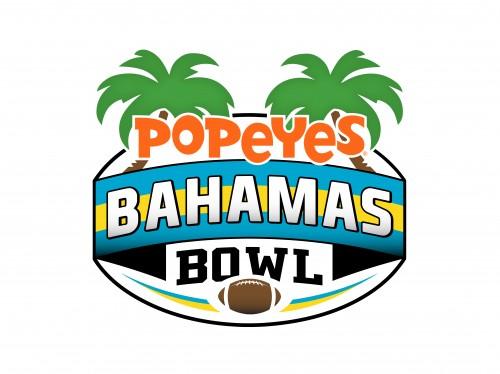 The bowl was acquired from Bahamas Bowl, LLC, which owned the inaugural game in 2014. “We are excited to be adding the Popeyes Bahamas Bowl to our portfolio of events,” said Pete Derzis, senior vice president, ESPN Events. “The inaugural game was a tremendous success, and we hope to build on that by bringing a one-of-a-kind bowl experience for our student-athletes, coaches and fans. The level of support from the entire country of the Bahamas makes this event truly unique — making this game a true destination event that fans across the country will want to attend and support.”

The 2014 game featured Western Kentucky of Conference USA against Central Michigan of the MAC in the first FBS-level bowl game outside of the United States or Canada since 1937.

The Hilltoppers held on for a 49-48 victory over the Chippewas in one of the most memorable bowl games of the 2014 season. WKU built a 49-14 lead after three quarters, but CMU rallied with a 34-point fourth quarter, including a last-gasp, 75-yard, three-lateral pass play that resulted in a touchdown as time expired -- a sequence that was named the top play of the 2014 bowl season by ESPN's SportsCenter. A 2-point conversion pass by the Chippewas that would have won the game was broken up in the back of the end zone.

During bowl week, student-athletes from WKU and Central Michigan helped fulfill the mission statement of the bowl as they gave back to the Bahamas by way of a visit to the Ranfurly Homes for Children in Nassau and a youth football clinic conducted by the bowl, USA Football and the Bahamas American Football Federation.

ESPN Events will hold a local Popeyes Bahamas Bowl Summit in Nassau on Wednesday, June 10 with a press conference introducing ESPN Events as the bowl's new owner at the Atlantis - Paradise Island.

About The Popeyes Bahamas Bowl

The Popeyes Bahamas Bowl is a NCAA Football Bowl Subdivision (FBS) postseason bowl game that exists to promote the Islands of The Bahamas, and in turn, promote educational and athletic opportunities to the youth of The Bahamas through college football. The second Popeyes Bahamas Bowl will take place in Nassau, Bahamas on December 24 at Thomas A. Robinson National Stadium between schools from Conference USA and the Mid-American Conference. The game will be televised nationally in the United States on ESPN. For more information, visit PopeyesBahamasBowl.com.