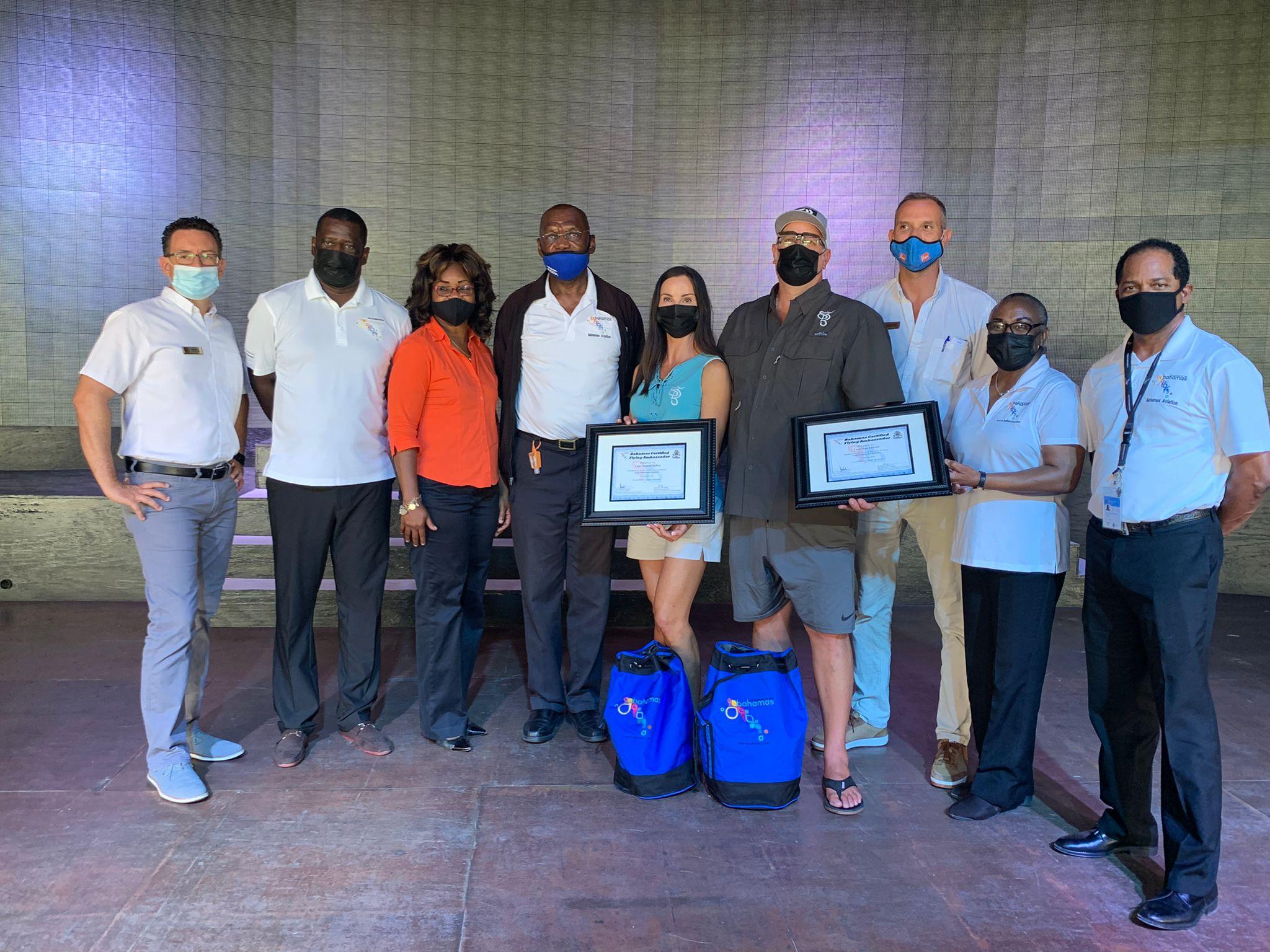 FREEPORT, Grand Bahama – August 26, 2021 – Captains Valerie Talbot and Eric Larson of Delray Beach, Florida have officially been inducted as Flying Ambassadors for The Islands of The Bahamas.

The historic induction ceremony, complete with an airplane water salute, issuance of certificates, credentials and Bahamas branded gift items, was conducted on August 25, 2021 by executives of the Bahamas Ministry of Tourism & Aviation (BMOTA) at the Grand Bahama International Airport and Viva Wyndham Fortuna Beach Resort on Grand Bahama Island. 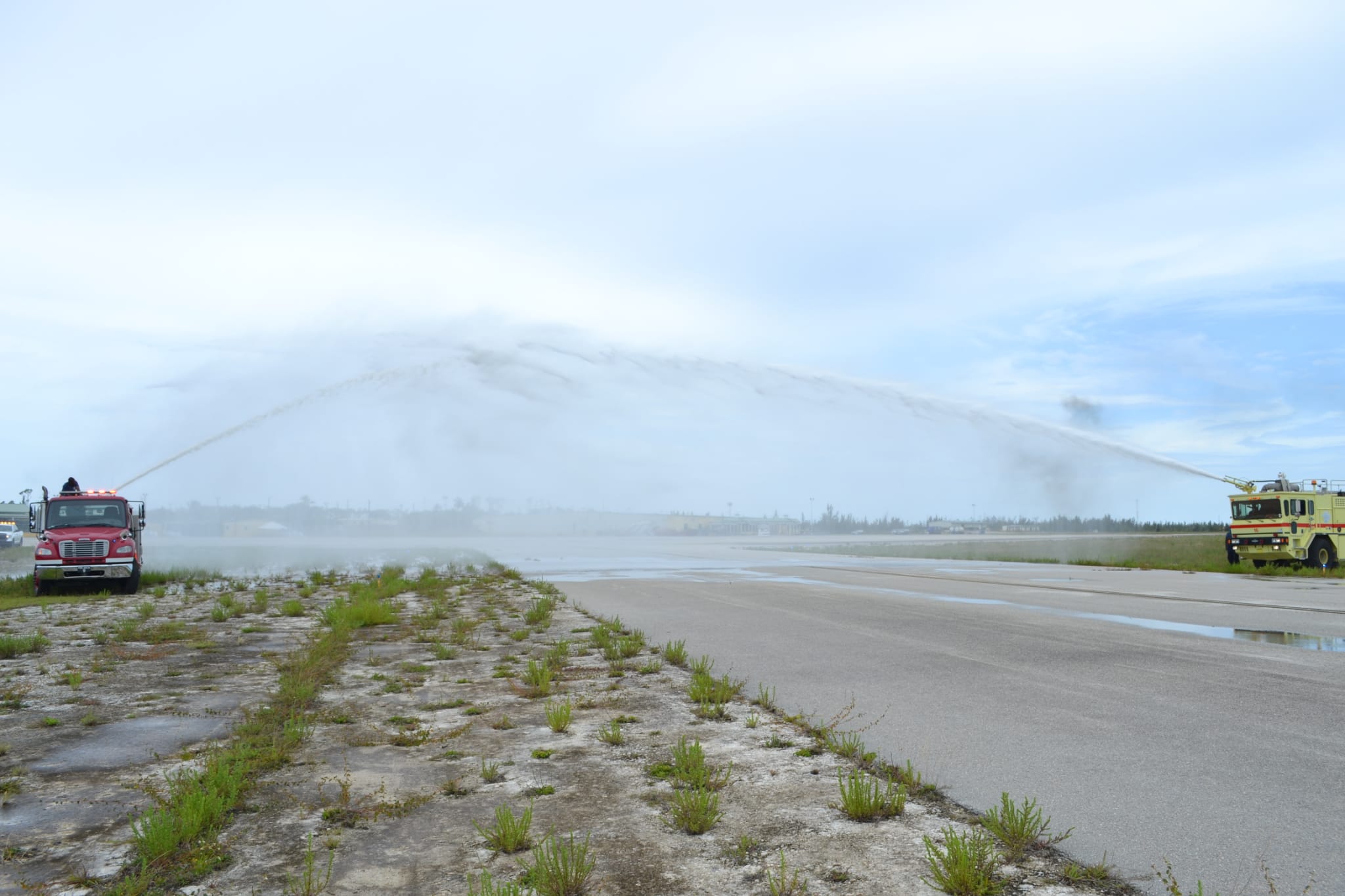 Photo Caption: A water salute organized by the BMOTA in conjunction with the Fire branch unit of the Royal Bahamas Police Force and Grand Bahama Airport Company marked the special and historic induction service.

The husband and wife team, who are major aviation and social media influencers, have been flying to The Bahamas as often at three times per week, for years, sometimes as vacationers, fly-out leaders and at other times, to render hurricane and disaster relief aid to Bahamians in Abaco, Grand Bahama and Bimini.

The duo will now work alongside the BMOTA to further grow general aviation business to the destination. In their new role, they will also promote The Islands of The Bahamas to their social media networks, in the marketplace and at trade shows.

Captain Valerie, whose aviation videos on YouTube total almost 3 million viewers, becomes the second female pilot to be named a Flying Ambassador for The Bahamas; Captain Terry Carbonell was its first. 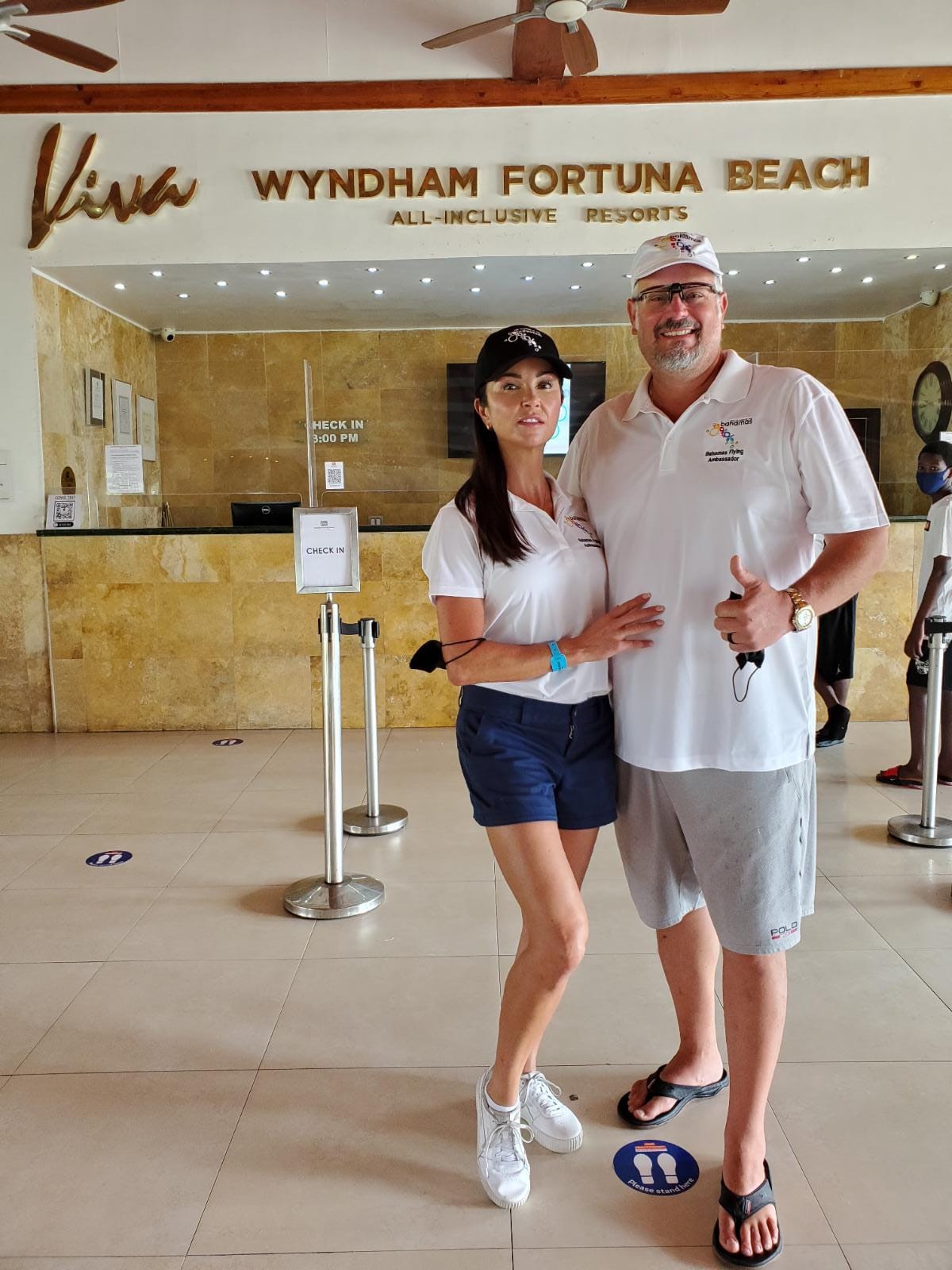 According to Greg Rolle, Senior Director, Verticals Market at the BMOTA, with Captain Valerie’s induction, the BMOTA will now look at launching a Women’s Bahamas Pilots program.

“The Bahamas is the leader for general aviation in the Caribbean region, and the induction of Captains Valerie and Eric was also critical to the success of our destination and longevity of our Flying Ambassador program, particularly at this juncture when several of our current senior ambassadors are getting older,” he said.

“We are humbled and incredibly grateful for this prestigious recognition and to be a part of this elite group. The people in The Bahamas are absolutely wonderful and truly make us feel like we are family. The pristine nature, clear water and wildlife, separate The Bahamas from other destinations, and the opportunity for my husband and me, to continue to promote the beautiful islands of The Bahamas, with this title, makes it even more special,” said Captain Valerie.

With over 700 islands and cays and 16 unique island destinations, The Bahamas lies just 50 miles off the coast of Florida, offering an easy flyaway escape that transports travelers away from their everyday. The Islands of The Bahamas have world-class fishing, diving, boating, birding and nature-based activities, thousands of miles of the earth’s most spectacular water and pristine beaches waiting for families, couples and adventurers. Explore all the islands have to offer at www.bahamas.com or on Facebook, YouTube or Instagram to see why It’s Better in The Bahamas.