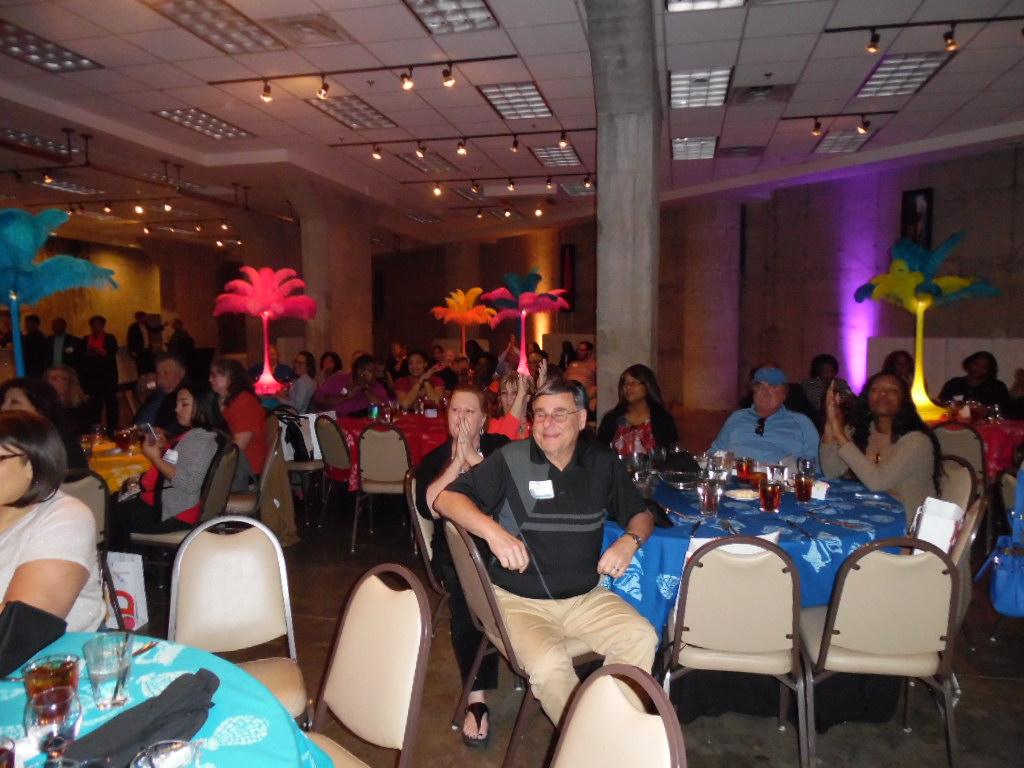 Houston, TX, March 23, 2016 - Travel Agents, clapped, shimmied, twisted and joined the congo line in Houston TX, as they enjoyed the singing and the pulsating sounds of Carnival entertainment at a, "Bahamas Affair," sponsoredby The Bahamas Ministry of Tourism, at the Sheraton Houston, TX, Wednesday night, March 23rd.

The agents were also educated on all of the latest updates and new developments on the Islands Of The Bahamas in a talk show format, "The SCOOP".  Another highlight of the night was a delightful three-course meal followed by prizes galore.  The main prize of the night was the Grand Prize that featured a three-day/two night hotel stay; airline tickets for two; ground transportation, and a Dolphin Experience for two - all provided by vendors of Grand Bahama Island.

The event, which agents, described as "a fantastic evening",  "entertaining and educational,” and "well done" was a part of The Bahamas Ministry of Tourism's ongoing efforts to reconnect and re-engage with the Travel Agent Community.   The Houston event was one of three events across Texas - others in Dallas and Austin - that introduced the Texas travel community to the staff of the newly opened Bahamas Tourist Office in Houston, TX, under the leadership of PJ Douglas-Sands.

Agents were also provided information on the new airlift developments that include direct service to Nassau out of Houston on United Airlines and Direct service to Nassau out of Dallas/Fort Worth on American Airlines.  The airlift information shared also included that beginning in May, Tour Operator Vacation Express, seasonal service will begin with direct packaged services out of both Dallas and Houston, to include air, hotel and ground transportation for Freeport, Grand Bahama.

The three-day mission across the State of Texas was also used as an opportunity to promote the upcoming Second Annual Bahamas Junkanoo Carnival Festival.  Due to the overwhelming success of the First ever Carnival in The Bahamas, the Second Annual Carnival will take place this year in Freeport, Grand Bahama, April 15th and 16th and in Nassau, May 5-7th.  Khiara Sherman, a Carnival songstress and a former Miss Bahamas Universe, was the guest artist for the Texas Road shows.  One agent described her performance as, "super exciting."

The tourism group were joined on the road by their partners in the industry including the Grand Bahama Island Tourism Board, the Bahamas Out Island and the Nassau/Paradise Island Promotion Boards; Vacation Express Tour Operators, United Airlines and hotels including Atlantis and Sandals Resorts, Nassau; Grand Isle Resort, Exuma and Grand Lucayan Resort, Grand Bahama.