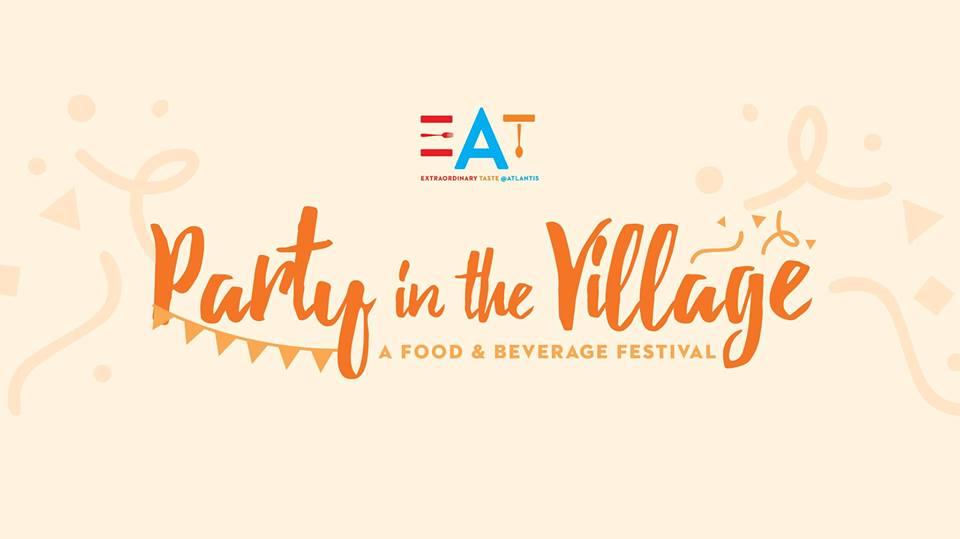 PARADISE ISLAND, THE BAHAMAS – SEPTEMBER 11, 2019 - Imagine being able to indulge in some of the most delectable delicacies that are offered at various Atlantis restaurants for a two-week period.

Whether it’s a quick-serve bite, casual dining, sampling the fare at one of Atlantis’ signature restaurants or even going gourmet, this year’s Extraordinary Taste at Atlantis, commonly referred to as “EAT”, promises to tantalize the taste buds of those who plan to attend one of the largest foodie events on the island – and it’s all for a good cause.

The value-driven concept will feature Gourmet, Signature and Casual three and four-course meal options on prix fixe menus starting at $35 up to $65.

On September 29th, EAT will roll out its offerings with a celebratory brunch at Atlantis’ Poseidon’s Table and Mosaic buffet restaurants. These Sunday brunches, however, are only expected to whet the appetite for what’s to come on Monday, September 30th, as EAT will feature a “taste of the restaurants” – 14 to be exact – for a two-week period until October 13th.

But that’s not all.

EAT’s “Party in the Village” at the resort’s picturesque Marina Village, will also return this year on Saturday, October 5th,offering an extravaganza of food, beer, wine and spirits coupled with Junkanoo, live music, local artists and artisans.

Cara Douglas, Director of On-Island Marketing at Atlantis, Paradise Island said residents and guests who attend EAT can look forward to a showcase of the latest menus and a wide range of offerings across – from NOBU, Café Martinique and FISH by Jose Andres; to quick serve options like Marina Pizzeria and The Village Burger Shack.

“We are also proud to announce our partnership with Hands For Hunger this year as we continue to build on our long-standing relationship,” Douglas said.

This year, part proceeds from each EAT meal purchased at participating restaurants will be donated to Hands For Hunger, earmarked specifically for Hurricane Dorian relief efforts.

Sean O’Connell, Atlantis GM & VP of Culinary said this year’s EAT event will be nothing short of “remarkable”.

“We have planned the menus, ordered the food and we have further expanded our variety of restaurants,” O’Connell said. “We have also expanded the beverage event around the Marina and we are ensuring that there is more variety. We have also added options from quick serve to fine dining, so there is a deal for all.”

Michael MacDonnell, VP of Food and Beverage (F&B) at Atlantis described the upcoming EAT event as one that would be “inclusive” for all who attend.

“We really want our community and guests to come and enjoy our F&B offerings at multiple sittings as each expression is unique and delicious,” MacDonnell said.

And as it now stands, the Culinary Food and Beverage VP said his team has been working diligently to create specialty menus for the EAT event. He noted that while last year’s event was a smashing success, this year’s EAT will be nothing short of spectacular as Atlantis has pulled out all the stops to ensure that that the event is not only enjoyable, but also affordable.

“We’ve encouraged creative culinary expressions for each of our EAT menus and what our team came up with was nothing short of spectacular,” McDonnell said.

The 14 participating restaurants featured at this year’s EAT include:

For more information about the EAT program and to view the specially curated menus, visit www.atlantisbahamas.com/EAT or call 242.363.3000 (select option 1) to make your reservations.