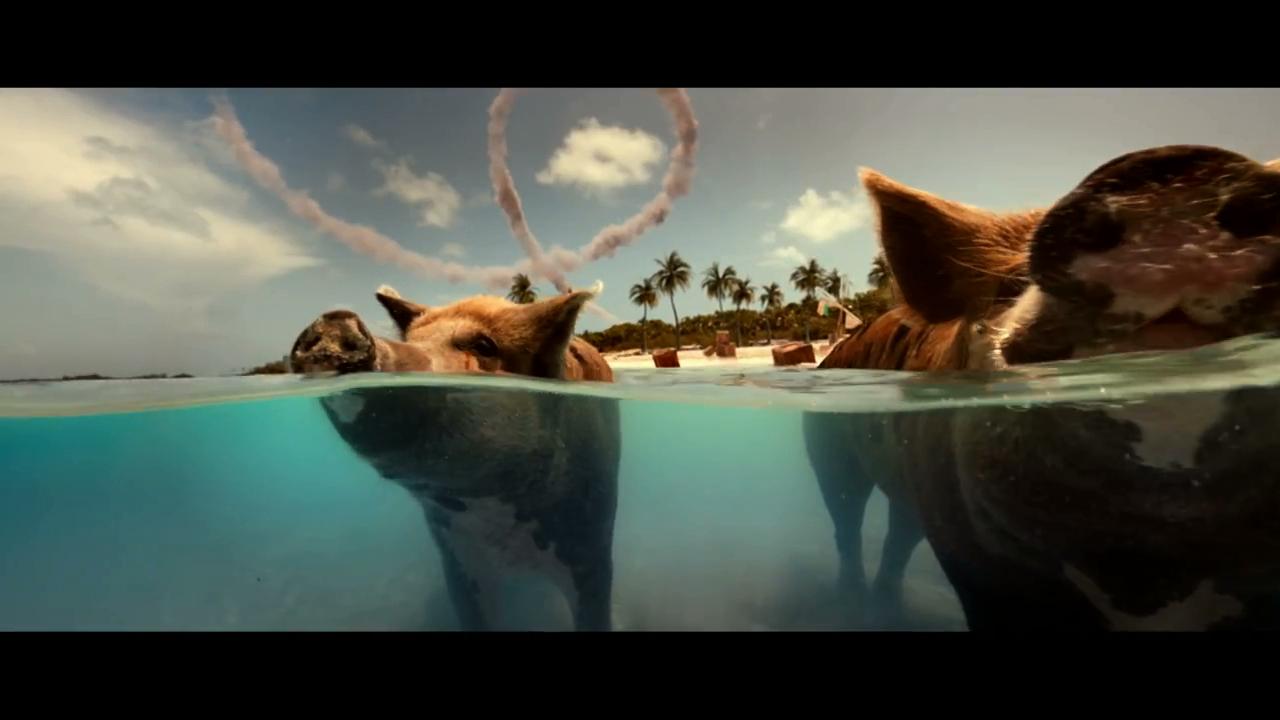 The Bahamas is the backdrop for a greatly anticipated online game, and the famous swimming pigs are the stars of the new video introducing Angry Birds 2 to the public.

Digital entertainment developer, Rovio, the maker of the popular Angry Birds app, recently launched the publicity campaign for Angry Birds 2. Through its London-based communications company, Wieden and Kennedy, Rovio has released a 60-second trailer, filmed in The Bahamas with the help of the Bahamas Film Commission, to whet the appetites of gamers around the world.

As the birds are set for another series of battles with their mortal enemy – those pesky pigs - producers of a new live action trailer for Angry Birds 2 could find no better location for the filming than at Pig Beach on Big Major’s Cay, Exuma.  The small island has become famous for the sea-loving swine that live there.

The pigs at Big Major’s Cay in The Bahamas’ Exuma chain have become known as the Swimming Pigs of The Bahamas, due to their routine swims from their beach to nearby boaters, who often feed the pigs from their vessels.  The pigs are the subjects of a feature documentary, When Pigs Swim. Now, they are ready for their close up with Angry Birds 2.

“We don’t know about you, but we’ve clocked quite a few hours over the years firing flightless birds at green piggies, in an attempt to conquer the addictive and massively popular mobile game that is Angry Birds,” Wieden and Kennedy said on their website on the launch of the campaign. “So imagine our joy when Rovio, the creators of Angry Birds, asked us to help promote the

release of the game’s long-awaited sequel and recruit players.”

The Exumas were also the location of the iconic three-way sword battle in Pirates of The Caribbean: Dead Man’s Chest, the underwater battle in the 007 film Thunderball, the Italian comedy Matrimonio Alle Bahamas starring Massimo Baldi and a host of boating and dive commercials.

Angry Birds 2 is available for free download at the Google Play Store and at the Apple App Store.  The Pig Beach trailer can be seen on the Angry Birds Youtube channel,

https://www.youtube.com/watch?v=175Bq3MSrWo. The video has racked up close to a half million views in a matter of days.