77th Session of The Bahamas Conference of the AME Church 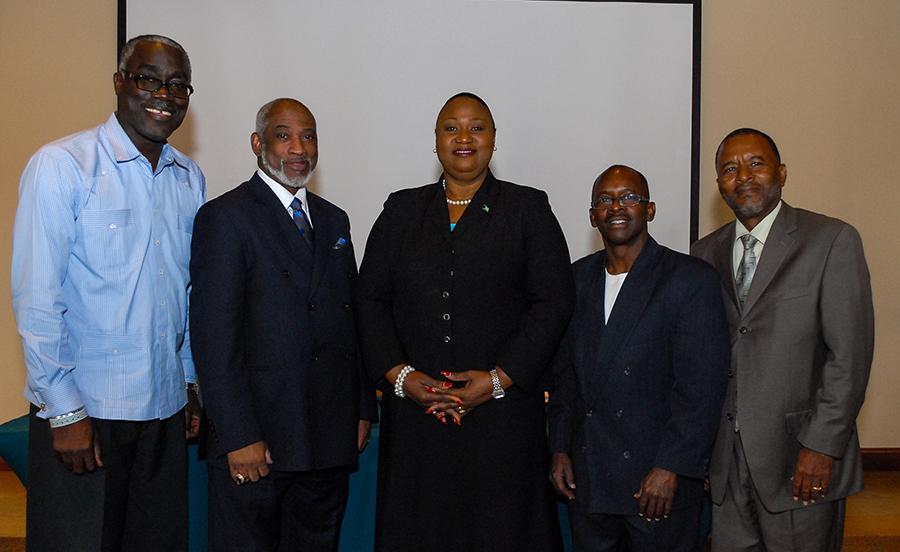 On Wednesday, February 1st, 2017 a press conference was held to announce the 77th Session of The Bahamas Conference of the African Methodist Episcopal Church, on Freeport, Grand Bahama Island, February 1st – 4th, 2017.

The conference, which has been held several times in New Providence, is a first for the Island of Grand Bahama, which is home to Cummings Young Temple, host church and just one of the many AME churches throughout The Islands Of The Bahamas.

After a necessary postponement of the conference from November of 2016, due to the impact left by Hurricane Matthew, Director for Religious Tourism, Dwight Armbrister, expressed his gratitude to the AME local and international leadership team for deciding to move forward, keeping Grand Bahama as the host destination for the conference in 2017.

Elder Howard Williamson, Presiding Elder for the AME Church in The Bahamas, said that “In light of all that The Bahamas is going through as a result of Hurricane Matthew, unemployment, crime, the many social ills affecting our nation, and our people, the body of Christ needs to be more vocal in Prayer, Praise, Proclamation and Prophetic Engagement”.

An invitation is extended to the entire community of Grand Bahama Island to join in the weekend of services at Cummings Young Temple, East Settler’s Way, with morning sessions beginning daily at 9am, and evening sessions commencing at 7pm.

The conference will conclude on Saturday, February 4th with a commissioning service at 10:30am where Bishop Michael L. Mitchell, Presiding Bishop of the 12th Episcopal District of the AME Church, Little Rock, Arkansas, will bring the word.

Rev Jesse Jackson in The Bahamas for Baptist Convention