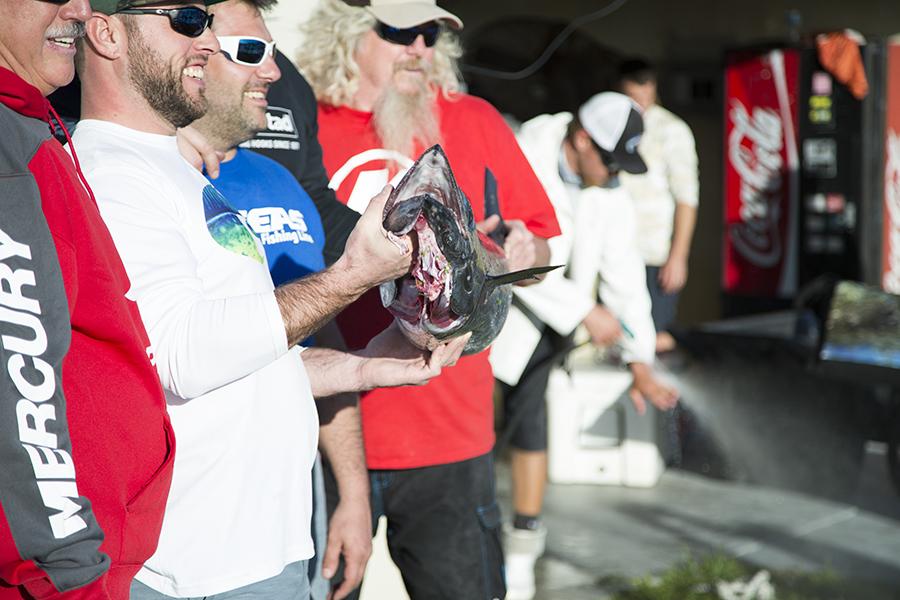 The event, which took place over the course of three days – two competitive days and one leisure day, gave visiting fishermen the opportunity to shoot off into the blue waters of West End and vie for cash prizes, trophies and bragging rights for reeling in the heaviest catch.

Of the 48 anglers that sailed into the Blue Marin Cove Marina to engage in the fierce competition, there was a total of eight teams that went head to head during the two competitive days.

Taking it all on the second and final competitive day was Stake Out with an overall catch of 217.3 pounds.

When asked about the Ministry of Tourism’s mandate with respect to sports fishing, Nuvolari Chootosingh, Manager for Sports Tourism, said that “We want to drive more of the sports fishing business to our resorts through the staging of sports fishing tournaments. This is why we get on board as a sponsor for these events”.

He added that the event proved to be economically beneficial for the local community of West End as the guests that stayed on property at Blue Marlin Cove also took advantage of the opportunity to venture throughout the settlement.

Chootosingh said that “The employees of Blue Marlin Cove would have seen a full week of work because of the event”.