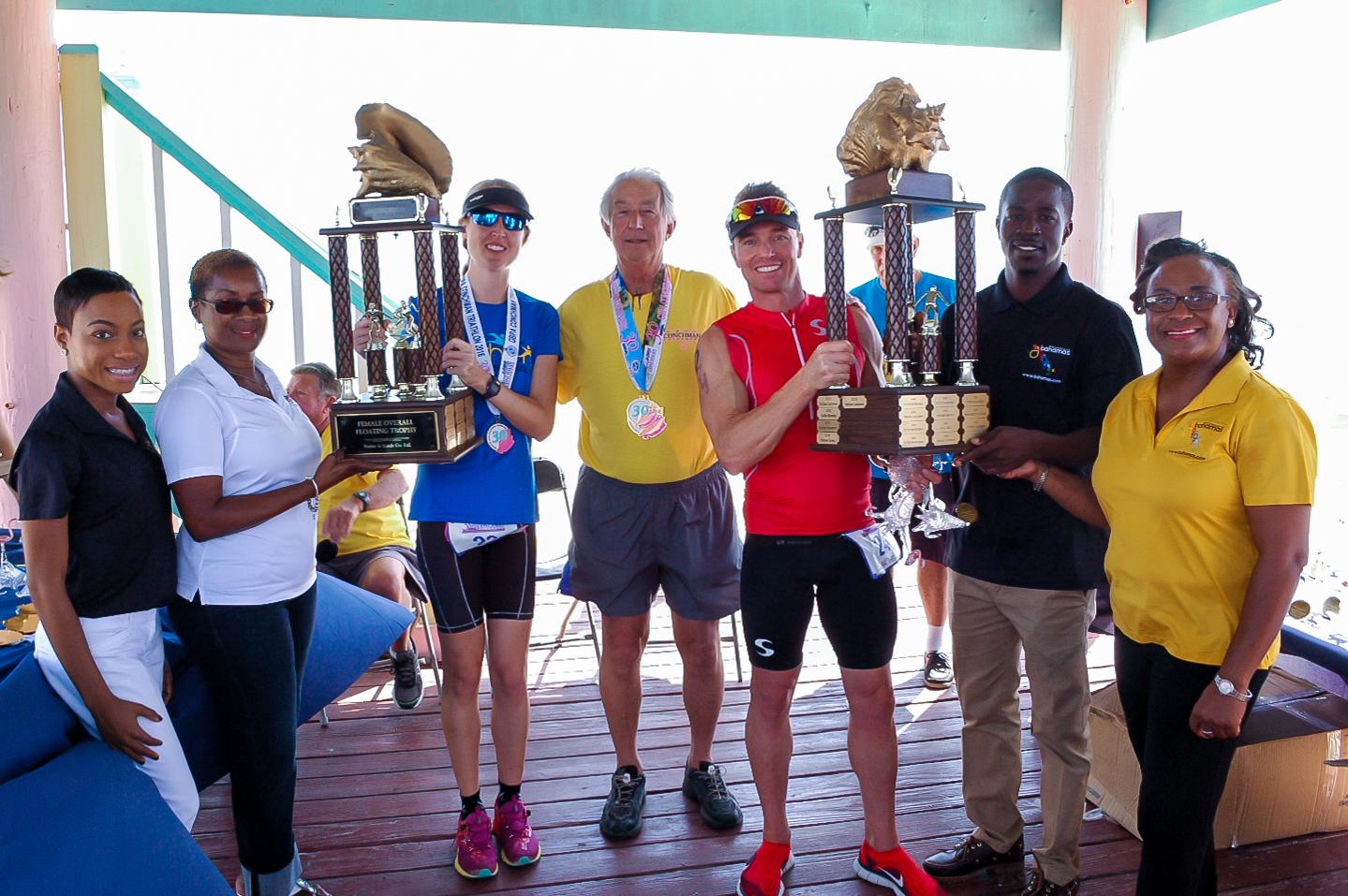 FREEPORT, Grand Bahama Island- The month of November rolled in with a wave of excitement as triathlon enthusiasts from near and far converged for a time of high-spirited competition in celebration of the 30th anniversary of the Conchman Triathlon, held on Saturday, November 5th, 2016.

With sun-kissed ocean views and tropical weather conditions, the stage was set for the start of the early morning sporting event.

The initial fear of organizers and participants towards the event’s continuation, in light of the environmental damage due to the passage of Hurricane Matthew, was short-lived, as the island was able to regroup in time, signifying the relaunch of tourism activity on Grand Bahama Island.

Betty Bethel, Director for the Ministry of Tourism, commended the organizers for quickly mobilizing themselves to host a successful event, given only four weeks post Matthew.

She added that, “The Ministry of Tourism is very grateful to the organizing team, led by Mr. Christopher Baker, and we are looking forward to an even bigger participation next year from the international participants”.

This year’s event attracted some 150 participants, inclusive of thirteen domestic contenders from New Providence and Abaco, along with a contingent of eight US competitors and spectators that travelled from San Francisco.

US participant-Stephen Laursen, who has competed in the event since 1997 said, “It is sad to see what has happened [to the island] but it is good to see the island is still alive and well”.

When asked about his motivation for competing each year, Laursen spoke to the amazing job that the organizers were doing in keeping the event alive.

He said, “This event is so incredible, with all of the other triathlon events being so commercialized, this is the one that still has that early spirit of triathlon”.

Laursen secured the overall win in the men’s category, for the twelfth year, and Elizabeth Shadock, of New Providence, captured the win in the female category for the third year.

Jay Philippe, Assistant Manager of Sports Tourism for the Ministry of Tourism, said that, “There were a lot more persons that were preparing to attend but were unable to due to the unavailability of hotel rooms”.

Philippe added that the Sports Tourism team is excited about what the remainder of 2016 will bring to the athletic community of Grand Bahama, the surrounding islands and the South Florida sporting community.

He said, “We are looking forward to hosting the first X-Treme 13.2 Intracoastal Challenge in a few short weeks [December 3rd], and we will continue to place our efforts behind this to ensure that Grand Bahama receives the exposure that it deserves”.

The 30th Annual Conchman Triathlon event climaxed with a Junkanoo rush featuring the winners of this year’s Junkanoo Summer Festival, the Platinum Knights, who were costumed to commemorate Guy Fawkes Day.