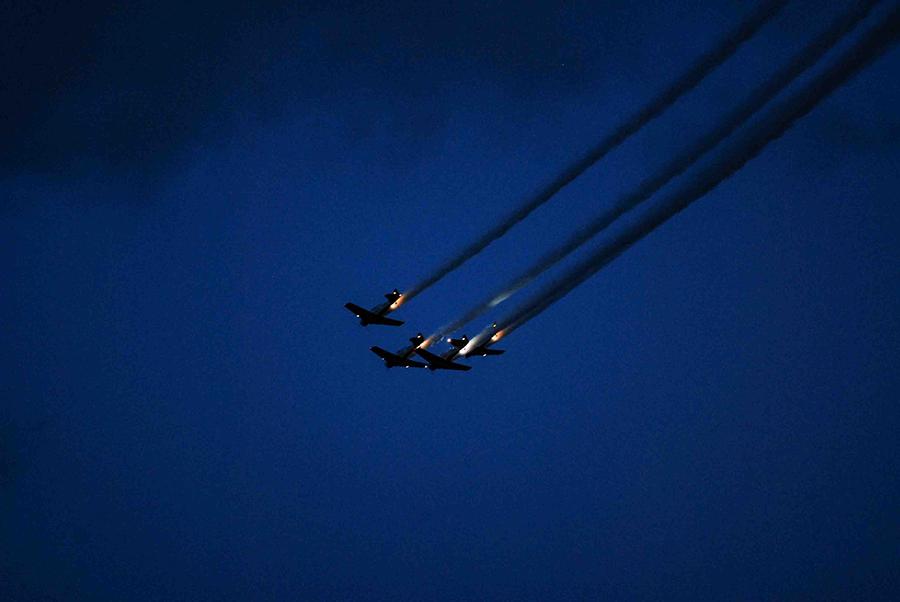 On Saturday, May 20th, 2017, hundreds of attendees flocked to Taino Beach to witness what promised to be the most awe-inspiring aeronautical showcase at the 2nd Annual Grand Bahama Air Show.

After a successful Young Eagle’s career fair the day before, the Grand Bahama Air Show, coupled with the inaugural Kite Festival, offered locals and visitors alike the opportunity to participate in a full evening of exciting events.

Among those in attendance was aviation enthusiast, Dave Shallbetter, of Sun ‘n Fun Radio.

In speaking to the event itself, Dave shared that “There could not have been a better setting”.

In addition to the beaches and the food that he had experienced over the weekend, Dave added that Grand Bahama Island has some of the friendliest people.

Betty Bethel, Director for the Ministry of Tourism, GBI spoke to the success of the event  which was estimated beyond the one-thousand marker in attendance and said that “I think we’re flying high”.

Speaking to the international press coverage that the Ministry of Tourism attracted through its visiting journalists program, Bethel added that “At least six different stories and impressions of our destination will get out into the international media.”

Offering a kaleidoscopic touch to the clear skies and azure-blue horizon was the Kite Festival, which attracted some 24 entrants who competed for trophies in categories including the authentically Bahamian kite, highest flying kite, largest flying kite and smallest flying kite.

Local participant and winner of the highest flying kite category, Andrew Jones, who was accompanied by his family was thrilled to be a part of the festival. He shared that his children were making plans to attend and participate in the competition for weeks leading up to the event.

The evening ended at twilight with a high-speed aerobatic presentation by the Aero Shell team, featuring lights, smoke and fire, followed by a Goombay style concert with performances by Mdeez, DMAC and the Grand Bahama District of the Royal Bahamas Police Force Pop Band.