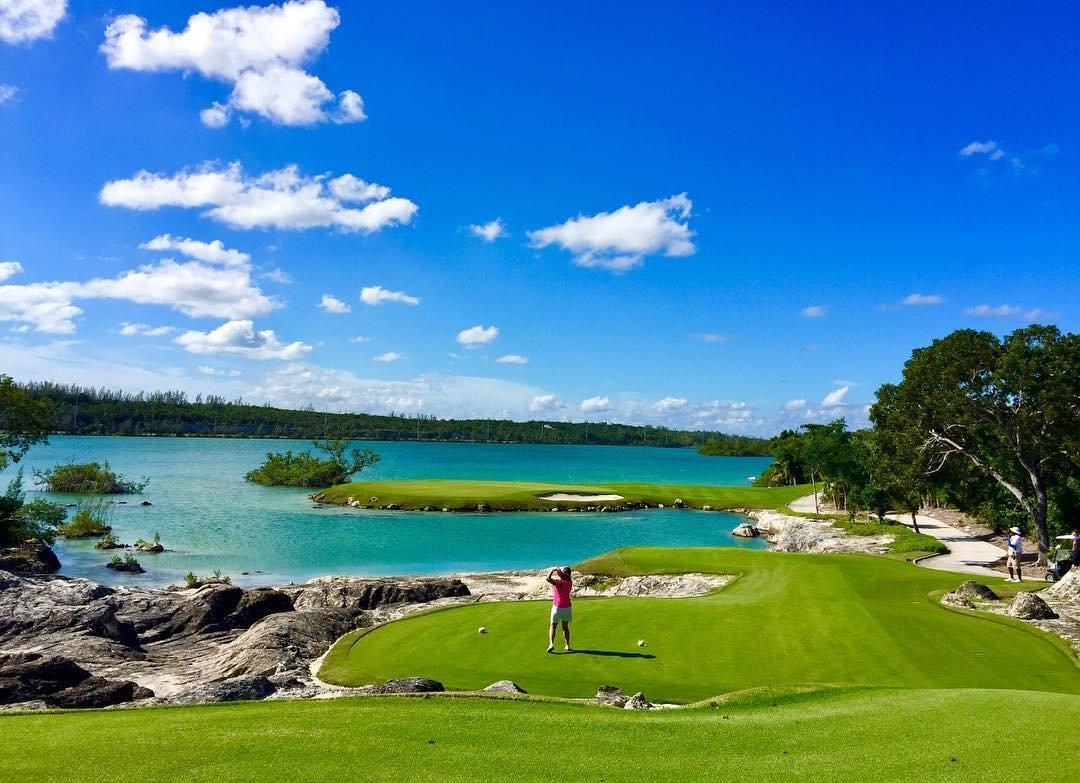 NASSAU, The Bahamas – bdG Sports, an international sports management company, announced today that the 2020 The Bahamas Great Abaco Classic will be moved to Royal Blue Golf Club at Baha Mar due to Hurricane Dorian’s impact on Great Abaco.

The Korn Ferry Tour tournament, which features 132 professionals vying in the year-long series to earn their PGA TOUR card, will be played Jan. 16-22 in its traditional role as the second event of the new season, following The Bahamas Great Exuma Classic, which is played the week before at Sandals Emerald Bay.

“We look forward to welcoming The Great Abaco Classic to The Royal Blue Golf Club in January,” said Graeme Davis, President, Baha Mar. “Everyone at Baha Mar is committed to the recovery and rebuild of the Abacos and we knew how important it was to keep this tournament in the beautiful nation of The Bahamas until its return to Great Abaco.”

Hurricane Dorian created catastrophic damage as a Category 5 hurricane – the strongest storm to ever hit The Bahamas - when it slammed into the Abacos on Sept. 1. The Abaco Club, where the event has been played the past three years, officially re-opened this month, but the hurricane took aim on Marsh Harbour, the island’s largest town, and left nearly every home and business damaged. Progress on rebuilding Abaco is underway, as evidenced by the reopening of Maxwells last week, one of the island’s only grocery stores. But the island needs time to recover before housing nearly 500 visitors for a week, which includes golfers, caddies, tournament officials, broadcast production staff, and fans.

Of the relocated tournament, Bahamas Minister of Tourism & Aviation, the Hon. Dionisio D’Aguilar remarked, “In ensuring that the Great Abaco Classic takes place, in spite of the devastation to its original venue, Abaco, our partners, the PGA TOUR and bdG Sports, have shown genuine commitment to The Bahamas and our people, a gesture which we deeply appreciate. The relocated Great Abaco Classic will find a welcome home at Baha Mar’s Royal Blue Golf Club and will certainly live up to the reputation it has established as Abaco’s premier golf tournament.”

The resort destination of Baha Mar is situated across 1,000 acres along the north shore of New Providence Island, in Nassau, the capital of The Bahamas. Baha Mar is home to three iconic hotel brands, Grand Hyatt Baha Mar, SLS Baha Mar and Rosewood Baha Mar, as well as a collection of unparalleled offerings and experiences including the largest casino in the Caribbean; over 40 restaurants, bars, and lounges; luxury shopping, and more. The Royal Blue Golf Club at Baha Mar is the

first and only Jack Nicklaus design in The Bahamas. Spanning nearly 7,200 yards, Royal Blue Golf Course’s front nine features water-lined fairways and glimpses of the Atlantic Ocean, while the back nine navigates dense jungle until the island green at the par-3 16th hole on Lake Cunningham.

“Korn Ferry Tour President Alex Baldwin and her team at the PGA TOUR were adamant about making the necessary investments to ensure this tournament happened,” said Brooks Downing, Chief Executive Officer at bdG Sports. “And thanks to the tremendous support of both Mr. Davis and Minister D’Aguilar, we are going to utilize this platform to make sure that the Abaco rebuilding effort remains front and center.”

As in years past, and mirroring the Great Exuma Classic, the event is played using a unique Sunday-Wednesday format, allowing for maximum exposure while also appealing to the guests who can participate on the weekend in the official pro-am, scheduled for Saturday, Jan. 18.

With the change, the event will officially be called “The Bahamas Great Abaco Classic at Baha Mar.” And in addition to the global exposure, proceeds from the event will be donated to relief efforts in Abaco.

The Islands of the Bahamas Showcase, an NCAA Division I men’s basketball tournament, has been moved from Kendal Isaacs Gymnasium to the Baha Mar Convention Center, organizers announced today.

The eight-team tournament, now in its third year in Nassau, is scheduled to be played Nov. 22-24, 2019, but has been relocated given that Kendal Isaacs Gymnasium has been serving as a shelter for a number of people from Abaco and Grand Bahama who were displaced by Hurricane Dorian. The Category 5 hurricane hit the northern Bahamas on Sept. 1, damaging a large number of homes and businesses with gusts up to 220 mph, sea surge that rose to 24 feet and more than 48 inches of rain in some areas.

“With the national gymnasium serving a greater purpose, we are fortunate that Baha Mar was in a position to welcome this event at the resort on the same dates,” said Brooks Downing, CEO of bdG Sports, the event owner and operator. “For the prior two years, we have housed our eight participating teams at Baha Mar, so our teams will love the convenience of a stay-and-play model. We’re also fortunate that Baha Mar has recently made an investment and plans to do more basketball programming at the resort, so the move has been seamless.”

The resort played host to the Memphis men’s basketball program in August, as it played games there on a foreign exhibition tour.

“Basketball, both collegiate and professional, is close to the hearts of many Bahamians, and teams from the U.S. have been some of the strongest supporters of Baha Mar since the resort first opened,” said Graeme Davis, President, Baha Mar. “We could not pass up the chance to partner with Ministry of Tourism to Showcase and continue to host this incredible event at home in the Bahamas.”

The tournament’s first-round action on Friday, Nov. 22, will feature Liberty vs. Morgan State, Rice vs. Milwaukee, UMKC vs. George Washington and Evansville vs. East Carolina. The semifinals and consolation will follow on Saturday with the championship, third-place, fifth-place and seventh-place games on Sunday.

Baha Mar is a master planned $4.2 billion integrated resort development operated by Hong Kong-based conglomerate Chow Tai Fook Enterprises Limited (CTFE). The white sand beach destination includes three global brand operators – Grand Hyatt, SLS, and Rosewood – with over 2,300 rooms and 40 restaurants and lounges, the largest casino in the Caribbean, a state-of-the-art convention center, an 18-hole Jack Nicklaus Royal Blue Golf Course, the Caribbean’s first and only flagship ESPA spa, and over 30 luxury retail outlets. Baha Mar is a breathtaking location with dynamic programming, activities and guest offerings in one of the most beautiful places in the world – The Bahamas. For more information and reservations, visit www.bahamar.com.

bd Global, LLC is a representation, event management, and public relations firm operating on an international platform within the sports marketing industry. bdG manages multiple college basketball and college hockey events across North America and the Caribbean, highlighted by tournaments in Southwest Florida, Las Vegas, Canada and The Bahamas as well as two Korn Ferry Tour events and a Nike Golf Invitational series. For more i