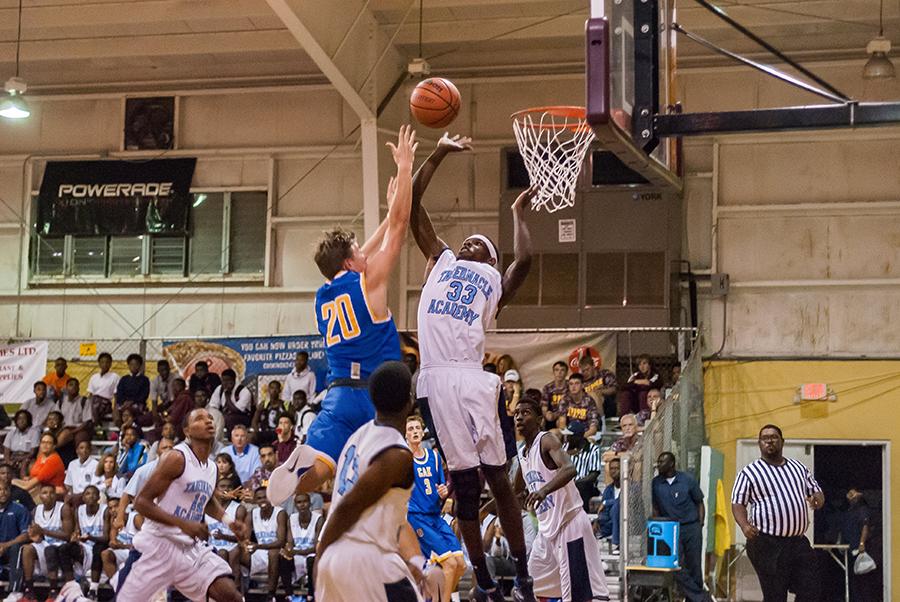 The 2016 Thanksgiving holiday season was nothing short of phenomenal for the 130 participants and supporters who travelled to Grand Bahama Island for this year’s Tabernacle Baptist Thanksgiving Classic, November 23rd-26th, 2016.

The four-day tournament gave the visiting athletes from Tennessee an opportunity to gain international exposure, creating lasting memories, and foster new relationships with many of the resident players.

Terry Hoese, Head Coach of South Greene High School, was excited to be back in The Bahamas, after attending the tournament three years ago with his team who used the tournament as an opportunity to prepare for state championships.

Nathan Hall, Point Guard for South Green and first time visitor to The Bahamas, shared that the highlight of the tournament was not just playing with the resident teams but “team bonding, because we are all here together, learning how to play better together.”

Shane Wells, Head Coach for Christian Academy of Knoxville – a top ten team within their state, stressed the importance of his team learning to play with intensity.

With respect to the team’s relationship with the Tabernacle Falcons, he said that “We played them last year in the Arby’s Classic in Tennessee and I met Coach Bain and asked if there was a way that we could come down and now we’re here.”

Hunter Reynolds, Point Guard with Christian Academy, said that the one thing that he is adamant about doing before leaving Grand Bahama is swimming with the dolphins.

The players, although focused on enhancing their skills, all found time to enjoy the island and enjoy the sun, sand and sea during their down time.

Being mindful of the recent devastation that faced the island with the passing of Hurricane Matthew this past October, Christian Academy initiated a relief effort that was executed on Saturday, November 26th.

The team brought in supplies that were distributed to members of the community from Tabernacle Baptist Church.

With the tournament now in its 18th year, Jay Philippe, Assistant Manager for Sports Tourism, spoke to the relationship that was fostered through the local organizing team, led by Norris Bain, Sports Administrator for the Northern Bahamas.

He said that the teams were invited by the Tabernacle Falcons during the Arby’s Classic Basketball Tournament held in Tennessee in the Christmas season.

Speaking to the sustainability of the event, Philippe also added that the event is a recession proof one and said that “up to today, teams have already contacted the organizers expressing their interest in being a part of next year’s tournament.”

The excitement from this year’s tournament has also sparked interest in the visiting schools’ female basketball teams, and according to Philippe, plans are underway to facilitate a girls tournament on November 17th, 2017, one week prior to the 19th Annual Tabernacle Falcons Thanksgiving Classic.

The girls tournament will be a first for the island.

Philippe advised that tournament organizers are also seeking to increase the pool of teams that will be competing in next year’s tournament from three visiting teams and five resident teams to six and six.

During the championship game, the Tabernacle Falcons, host team, won 55-49 over Christian Academy of Knoxville.