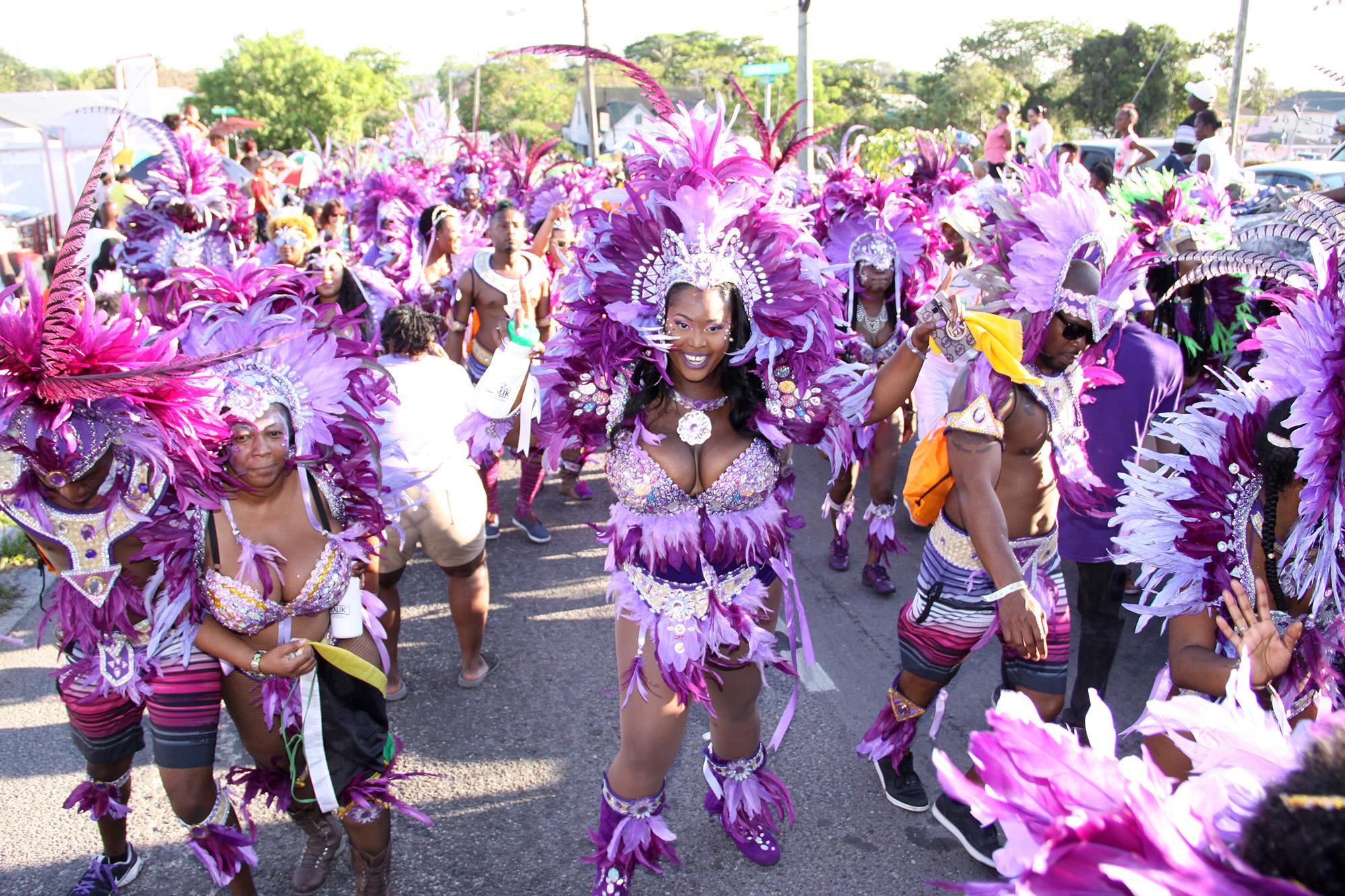 Road Fever, the most anticipated event of Bahamas Junkanoo Carnival presented by BTC has sadly come to an end for many revelers.

The signature party of Bahamas Junkanoo Carnival (BJC) closed out the yearly event in majestic style on Saturday, May 7.

Commencing at the Thomas A. Robinson National Stadium and ending at the Cultural Village, 26 registered BJC bands showcased an amazing assortment of costumes all containing an element of native Bahamian raw material. Barrabas and The Tribe took home the prize for best use of indigenous material on the road followed by Enigma and Friends of Gus in second and third place.

But the overall winners for Best Group for Road Fever went to Fetish. The 2015 champions Bahamas Masqueraders came in second place overall and Enigma in third.

Bahamians and tourists alike were invited to “Jump in Da Line” and they took advantage of the opportunity to revel in the streets. Along the route, participants boogied in the street while thousands of tourists and Bahamians observed with enthusiasm, all wanting to be entertained by the beautiful assortment of costumes and the performances of each band, while cheering them along.

The Bahamas National Festival Commission (BNFC) was delighted and proud at the level of enthusiasm from the groups and the general public that turned out by the thousands to enjoy the parade.

Roscoe Dames, CEO of the BNFC said, “The level of interest grew by leaps and bounds this year. It was a beautiful sight to see so many people file out from within their communities onto Bethel Avenue Highway, Blue Hill Road, Poinciana Drive and Nassau Street to be a part of the vibes. The sight of everybody celebrating together confirmed the decision to have the Road Fever route go through the communities.

Lima Calbio, lead singer of Byron Lee and the Dragonaires said she was very impressed with Junkanoo Carnival.

“I’ve been coming to The Bahamas for years but this is the first time I’ve experienced Bahamas Junkanoo Carnival and I’m really impressed,” Calbio exclaimed.

Lana from the United States said the people made the road fever exciting for her.

“I’m having so much fun, The Bahamas is great and the people are so much fun it makes me want to revisit over and over.”

Brendan visiting from California for the first time said the culture of The Bahamas is amazing.

“It’s beautiful, the culture displayed is amazing and the women are the best part of it,” he said.

Loco, also visiting from California, said her favorite part of road fever was the dancing.

“My favorite part of the parade was the dancing, they sure know how to move,” she added.

“My band Rhythms had 32 out of one area and by the end of Friday, we had more people signing up. I had one section out of Miami that brought 35 persons,” Terrelli said.

“I know Masqueraders had a nice big group, Enigma had a group along with Fusion and Euphoria. The other bands also had groups of visitors. We are confident the interest will continue to grow.”

Along the route, thousands of tourists lingered until the wee hours to watch the bands dance their way into the judging zone, including a group of 80 travel agents that were hosted by the Ministry of Tourism.