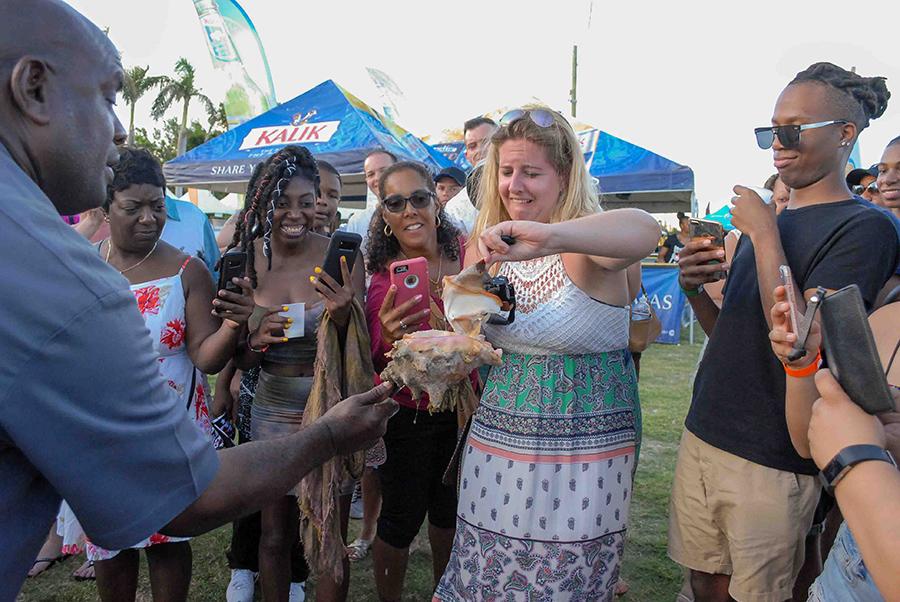 The event attracted thousands of residents and visitors alike, who joined in concert with Bahamians from throughout the island to celebrate 44 years of independence.

The festival showcased the best in Bahamian food, music, arts and crafts and overall culture as some 448 visitors showed up to experience the rich heritage of The Bahamas through the iconic summer festival.

Visitor to Grand Bahama Island, Elaine Clayton, shared some of the highlights of her experience on the island.

“I love festivals in general, but what I think makes it so special is being able to mix and mingle with all of the local businesses and visitors at the site,” Clayton said.

She added that “I also love how all of the food options are all Bahamian; that way I can try a little of everything”.

Long time visitor to Grand Bahama Island, Simone, remarked that one of the greatest motivators for travel is the family friendliness of the destination, along with summer festivals such as Goombay and the winter festival of Junkanoo.

Having been a frequent visitor to Grand Bahama Island for some 30 years, Simone noted that as the years have gone by a lot has changed, but the people haven’t.

With respect to the tradition of independence cultural festivals, Bethel added that “For the past five years, we have been the headliners, so to speak, to get our independence celebrations off the ground”.

Travis Robinson, Parliamentary Secretary for the Ministry of Tourism, explained that while Grand Bahama has been experiencing economic hardship, today’s festival is a ray of hope for the island.

He added that “I’m optimistic about the future prospects for Grand Bahama, this event, and certainly the entire Bahamas”.

Goombay Summer Festival will continue every Thursday in July from 6:00pm until 12 midnight at Taino Beach.