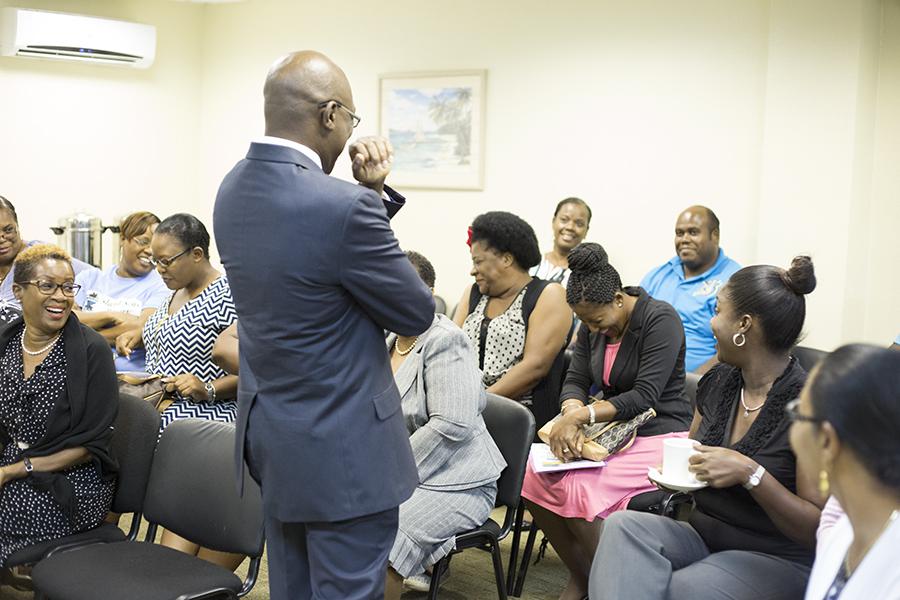 On Friday, July 21st, the Ministry of Education, Science & Technology, in conjunction with the Ministry of Tourism & Aviation, and the Bahamas Hotel & Tourism Association (BHTA), held the closing ceremony for the Educators' Industry Internship Program at Castaways Resorts & Suites on Grand Bahama Island.

The three-day program, which afforded educators the opportunity to experience working in the tourism sector, began on Monday, July 17th, and culminated with a certificate presentation in which the educators were proud to take part.

With a total of twenty teachers involved in the program, participants were given the opportunity to not only share the experiences they had while being exposed to the tourism industry, but also share how they could directly impart their firsthand knowledge of the industry to their students in the upcoming school year.

In reference to her experience at Grand Bahama Nature Tours, Evelyn Nesbitt, Educator, Mary Star of the Sea Catholic Academy, said that "I never thought about the massive work that goes into a day at this company".

Due to the exposure in the field, as more teachers began to share about their experiences, they all seemed to echo Nesbitt's sentiment in regard to the work load it takes to sustain the tourism industry on a daily basis.

Betty Bethel, Director, Ministry of Tourism & Aviation, GBI, said that "One of the biggest challenges that our organization has on Grand Bahama Island is communicating to Grand Bahamians what this tourism business is all about".

However, Bethel confirmed that after the completion of such an insightful program, she was inspired by the teachers' ability " To comprehend what the business is all about in just three short days by [their] experiences".

As the program came to a close, Pastor Daniel Clarke, President, Northern Bahamas Conference of Seventh Day Adventists, gave a charge to all of the participating educators to continue trying as the "Answer is in [their] hands”. He then said that "I want to commend you, I salute you guys, and I wish you my best congratulations".

Gaylene J. Pinder, Sr. Education Officer, Ministry of Education, Science & Technology, said that "This week would not have been successful had [the teachers] not signed up and I would like to thank all of the properties for responding to our request, and allowing [the teachers] to intern for those three days".

Pinder continued to say that "This program here in Grand Bahama is one that I look forward to every year because we have new faces, and new experiences, and even though there are some similarities, there is something different about every program".

For those interested in participating in next year’s Educators’ Industry Internship Program, letters will be sent to all schools on Grand Bahama Island for teachers to sign up.