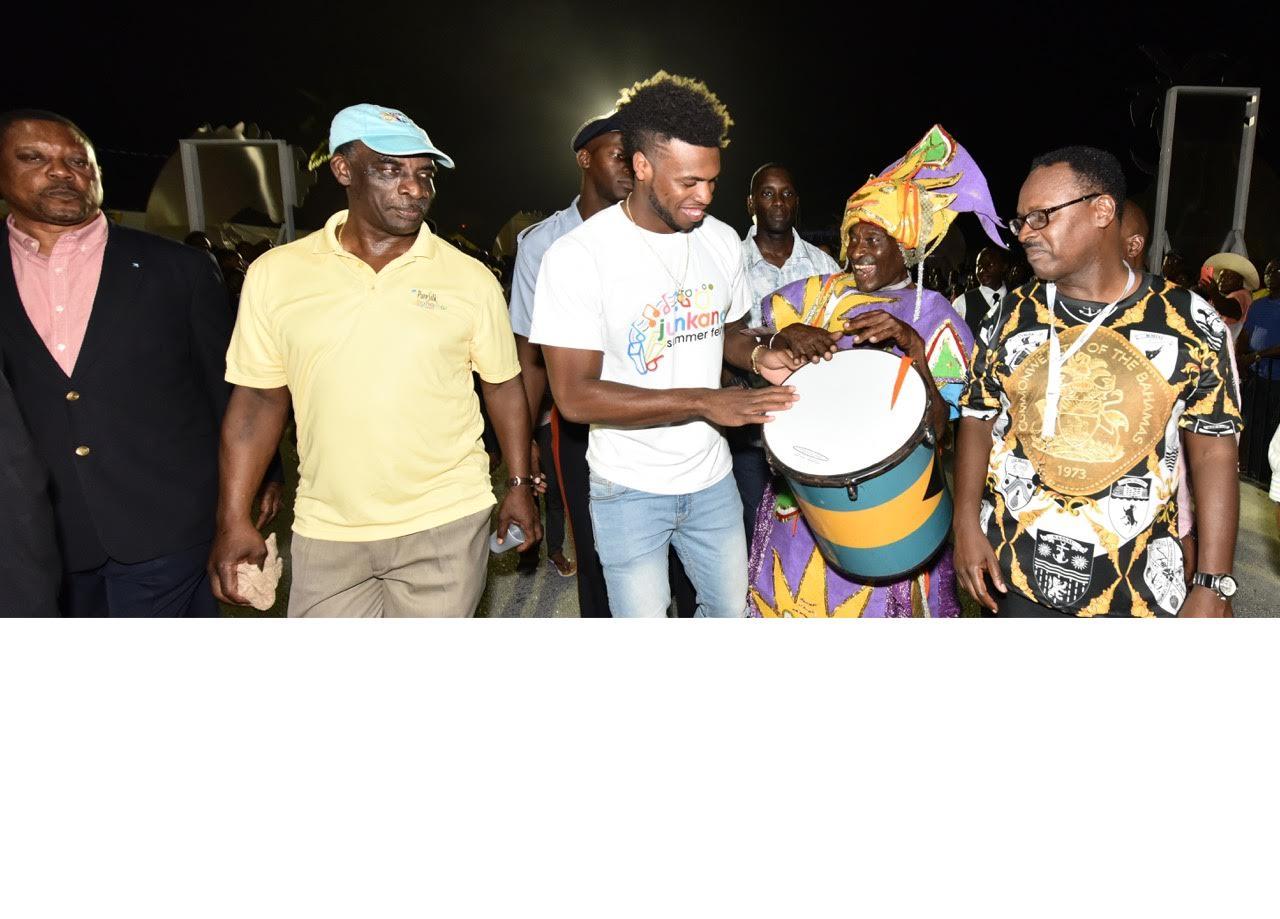 Hield joined hundreds of Bahamians and tourists during the Ministry of Tourism’s Junkanoo Summer Festival at Arawak Cay and the Western Esplanade.

Many cheered the Grand Bahama native on as he took selfies with the goatskin drummers, the dancers and the cowbell shakers.

One woman called out to Hield, her hands extended in the air, “Buddy we love you!”

Hield stopped his dance and reached out to her.

Earlier, as he watched the Valley Boys storm down the path, Hield looked on.

The number six draft pick from the NBA had never experience Junkanoo in New Providence before.

“It was a beauty,” he said of the Valley Boys.

“I can tell you that for sure. I’ve never had the experience of being out here. The Valley Boys are the winningest group of all times and I feel the rhythm.

“I come out here to support my people. They support me so much. They watch me on the game on TV so I just want to show support.”

Since his arrival on New Providence last Wednesday, Hield said he has been “overwhelmed” by the support he’s received.

“There is so much love: Love for this country. I’m just glad to be Bahamian.”

When asked his favorite Junknaoo group though Hield said, “I’m not getting between that right now. I just heard the Valley Boys and they were amazing.”

Many of the spectators were also in love with Junknaoo too.

Dana Smith, from New York, said this was her first time at Junknaoo Summer Festival.

“It’s so fun and energetic. I will come again to see it.

Patrice Ash, a native, said she comes out to JSF every Saturday.

“I don’t miss it because I have two children who rush with the famous Valley Boys,” she said.

“They are the best. They are number one.”