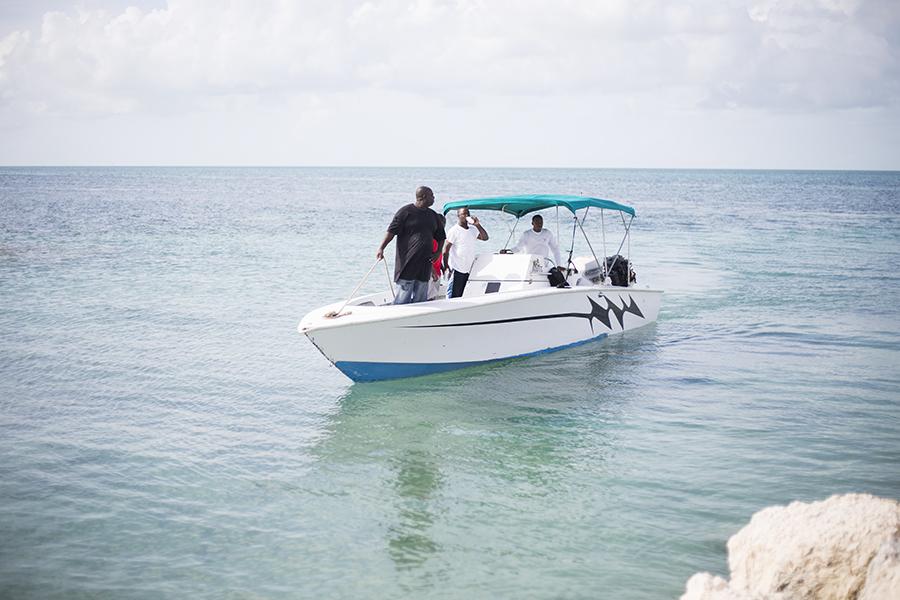 The Tournament, which commenced at 7:00am, unleashed excitement among anglers within the local and historic fishing community who took to the early morning seas for an eight hour fishing trip, all for the love of culture and snapper!

With West End being the hardest hit community on Grand Bahama last year during the passage of hurricane Matthew, Director for the Ministry of Tourism on Grand Bahama Island, Betty Bethel, said that “I’m very pleased to see how well the community has cleaned up and how excited the local residents are about having us [Ministry of Tourism] back and partnering with us to bring economic relief into the community.”

The event attracted some fifty visitors from throughout the island who joined with locals and residents for a grand time of cultural exchange.

Some of the festival’s highlights were the traditional games like fish scaling, tin tub and washboard relay and onion and potato peeling competitions.

The Brown family from New Jersey, who attended the festival last year, expressed their love for the Bahamian culture and traditions and shared that it was a motivator in attending the festival again this year and participating in the tin tub and washboard competition.

Taking home the win in both the total poundage and most snappers caught categories was Old Bahama Bay with 337.5 pounds and 263.8 pounds, respectively and for the largest fish caught, it was Captain Snapper, reeling in a snapper at 8.9 pounds.

With West End being not only the capital City of Grand Bahama Island, but also the island’s fishing capital, Cecil Roker, eldest son of Hortense “Ma Tezna” Roker, spoke about the legacy of this year’s honoree.

He said that “We are more than elated for the respect that is being given to “Ma Tezna” as everyone in the West End area knew how dedicated she was to fishing.”

He shared how “Ma Tezna” would jump into their 11ft dinghy with her conch hook and sail to the neighboring cays to fish for conch.

Roker gave accolades to this year’s honoree in sharing that not only was she a stellar fisherman but she also won the McClean’s Town Conch Cracking competition for many years and had the trophies to show for it.

Present at this year’s event was the Deputy Prime Minister and Member of Parliament for East Grand Bahama, Hon. K. Peter Turnquest, along with the Minister for West End and Bimini, Hon. Pakesia Parker-Edgecombe.

Parker- Edgecombe shared that “I believe that through festivities such as this that we are not only going to boost our economy but get an opportunity to share our culture.”

She continued that “A lot of tourists often ask about the native scene and the culture of The Bahamas and events such as these will give it to them.”

Mr. Turnquest spoke to the strong cultural component behind the festival and said that “This is who we are and this is another opportunity for us to expose to the world what Bahamian life is like, along with the traditions and food that we enjoy.”

“This tournament, along with the other activities that they [West End Community] hold expose the culture of West End and Grand Bahama, and  augers well for the future development of West End as a cultural and heritage site and a tourism draw, but also for the entire island of Grand Bahama,” said Turnquest.