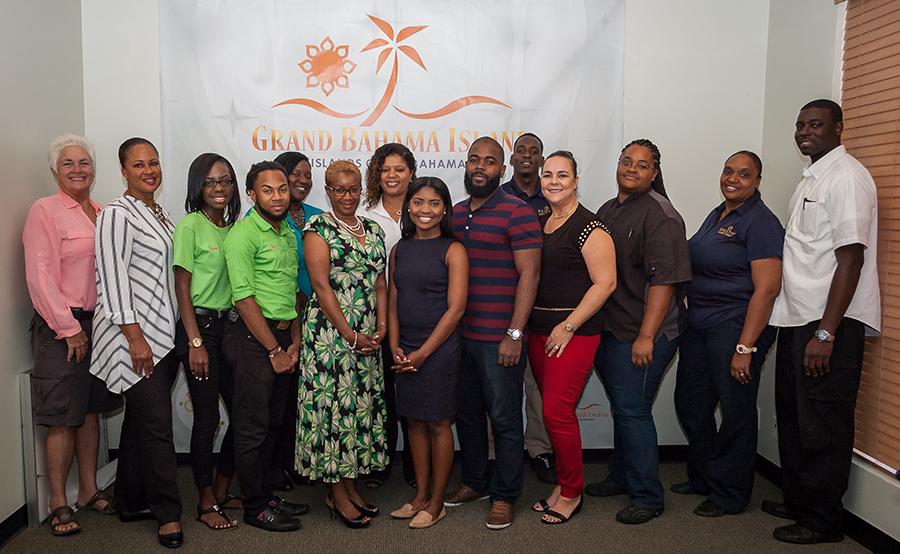 The most festive time of the year was ushered in, in Grand style, during the 2016 Meeting of the Minds: Culinary Fusion Expo, held at the Grand Lucayan’s Manor House this past Thanksgiving weekend.

The annual event, which brought out over 700 attendees, served up mouthwatering, delectable eats and drinks from some 20 local vendors, during the four- hour showcase.

In years past, many of the major hotels and restaurants made strong appearances at the expo, dominating the competitions and wowing the crowd.

This year, as a result of the damages that many hotel properties sustained from Hurricane Matthew, which prevented them from participating, the event offered a different type of experience to attendees.

The event attracted a cross section of local vendors from various restaurants and bars, many of whom were first time vendors who all brought with them their own unique styles and flavors.

Bethel commended Sean Johnson, Creative Director of the Culinary Fusion Expo on taking the event to another level by relocating it to the Grand Lucayan, which offered a new experience for attendees, and added an ocean view backdrop.

She said, “It’s events like Culinary Fusion that separates our destination from others, where we get to feature food in a unique way; that is a part of the destination experience that guests come to our island for.”

With this year being the Ministry of Tourism’s third year as an event sponsor, the Groups and Events Department, under the leadership of Sanique Culmer, placed high priority on the culinary and mixology competition, which seeks to showcase the native flavors of The Islands Of The Bahamas.

A total of 11 vendors competed for cash prizes in the categories of food, beverage and dessert.

The categories were judged on flavor, texture and presentation which required the competitors to utilize Bahamian infused ingredients.

The winners in the food category from first to third were: Garden Café, Zorbas Greek Restaurant & Café and Out Da Sea Bar and Grill.

In the dessert category, a new addition to the competition, Dee-Lish Pastries & Chocolates was the winner, followed by Zorbas Restaurant & Café and Out Da Sea Bar & Grill.

Jillian Lightbourne, Culinary Fusion committee member, gave special mention to first time vendors, Merport Bistro and Roxy, who were both recognized as the People’s Choice during the Culinary Fusion event.

With respect to next year’s event, Sean Johnson, Creative Director of Culinary Fusion, said, “I just want to see businesses grow and expand their clientele; and to do that, people must know you exist.”

He added, “I think when people see the effort, talent and hospitality that go into the end product, that bond between business and clientele grows beyond just getting a bite to eat. It’s about invoking all senses, seeing the presentation, smelling the aroma, tasting the flavor and touching the texture.”