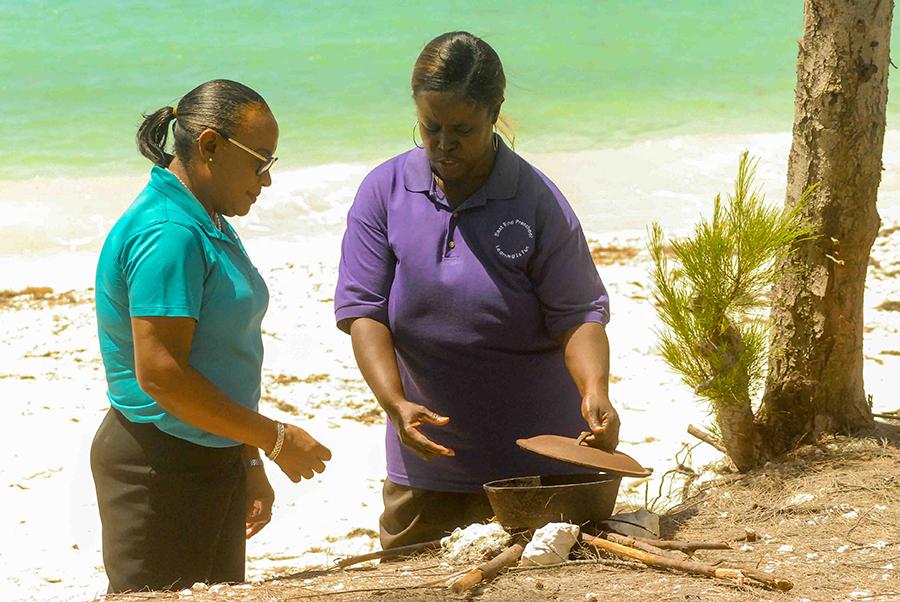 During a press conference held on Wednesday, May 31st, 2017, the Ministry of Tourism, in conjunction with the Freetown Heritage Committee, announced the 4th Annual Freetown Fire Hearth Food & Heritage Festival, to be held on June 5th, from 11am until 8pm.

The Annual Whit Monday Festival, which attracts hundreds from throughout the island, promises to be an exciting time for the entire family.

Elaine Smith, Coordinator for Product Development at the Ministry of Tourism, said, “The event is designed to showcase and celebrate the rich heritage of the Ole Freetown community with a special emphasis on the culinary art form of Fire Hearth ‘open fire’ cooking”.

She added that the festival site, which is located at Gold Rock Creek East is not only beautiful but also historical, as it was used as the film site for Pirates of the Caribbean 2 and 3.

With the newly dedicated festival site offering locals and visitors alike a more scenic and environmentally diverse festival grounds, attendees can enjoy a fun day at the beach.

The day-long festival will feature traditional games and competitions like pineapple eating, washboard and tintub races.

The main event, the Fire Hearth Cooking Competition, colloquially referred to as fire “half”, is one that is historically etched into the culture of the Freetown community, highlighting the tradition of using fire control to cook meals for their families.

Brice Roberts, Acting Chairman for the Freetown Heritage Committee, shared that the event will take on the form of a family fun day where the story can be told of where the people of Freetown came from.

In speaking to the value that the festival brings to the local community, Brice continued by sharing that “Whatever profit is made is placed back into the community by giving scholarships to our children who are going off to school”.

This year’s fire hearth competition will showcase demonstrations on the preparation of conch n’ rice.

The community of Grand Bahama and visitors to the island are all invited to attend and participate in the traditional games and cooking competition, which will be judged on site.

Old Freetown is located about 13 miles east of the Grand Lucayan Waterway. Freetown received its name because it was the first place where slaves were freed in 1834. In the 1960’s, business mogul Wallace Groves leased the land that included Old Freetown to develop the city of Freeport. The descendants of the community’s early settlers relocated farther east and established a new Freetown. The original Freetown is referred to now as Ole Freetown, and the new one as Freetown. There were an estimated 500 people living in the original community at its peak. They worked mostly in the lumber industry at Pine Ridge. Although there is some dispute, the Hermitage in Freetown is considered the oldest building on the island. Built in 1901, it was first a Baptist Church and later served as a hermitage for a Trappist monk, thus its current name.