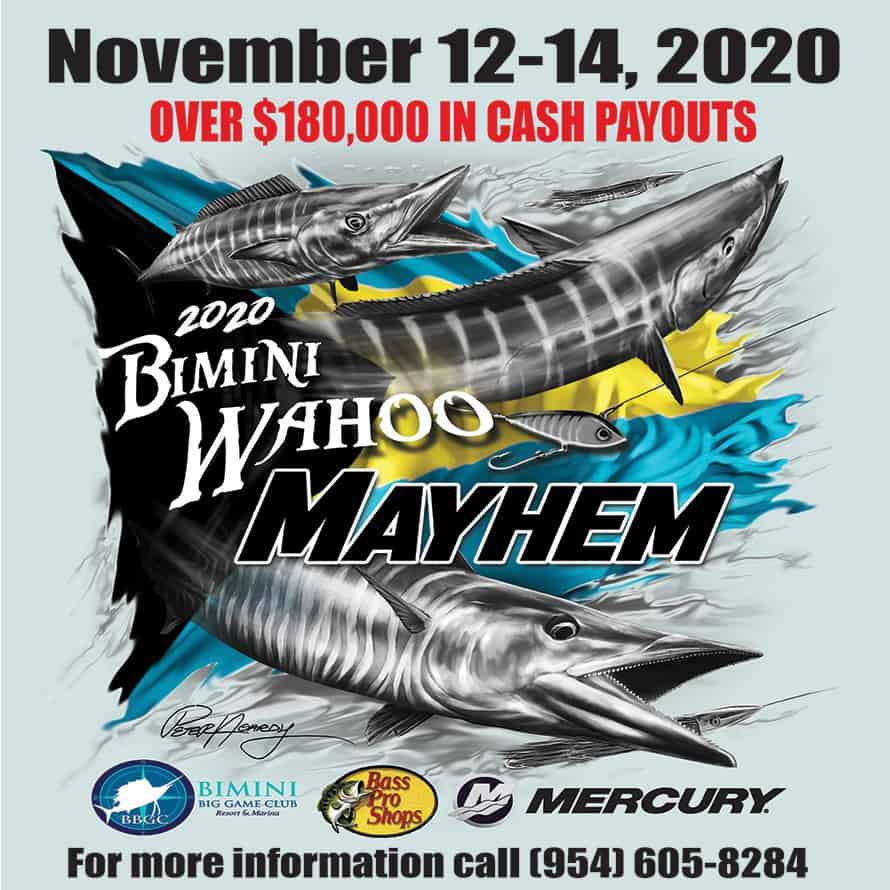 The Bimini Wahoo Mayhem is the highest paying Wahoo tournament in the Bahamas. With the tournament being held at the peak of Wahoo season in one of the most prolific Wahoo destinations in the world, teams across the country and Caribbean are being drawn to compete in this world class event. This tournament has no boundaries, allowing teams to fish the richest areas of the Bahamas in search of monster Wahoo. The Fourth Annual Bimini Wahoo Mayhem is being held November 12-14, 2020. This in an invitational tournament only.