P1 AQUAX ANNOUNCES DETAILS OF THE WORLD CHAMPIONSHIP EVENT at THE ATLANTIS, PARADISE ISLAND NEXT MONTH

16 October 2019 - The countdown is underway to the climax of the P1 AquaX personal watercraft race season when The Bahamas will stage the 2019 World Championship. An elite field of up to forty professional riders from eight countries, who have qualified through a series of national and continental races across the summer, will head to the Atlantis, Paradise Island next month for the three-day event in Nassau Harbour (8-10 November).

Kicking off in Daytona Beach in April, the 14-event P1 AquaX season has included race series in the United States, mainland Europe and the United Kingdom. This will be the second AquaX World Championship – Key West having hosted the first one in December 2017 – and the first AquaX visit to The Bahamas. The Atlantis will provide a stunning setting for the high-speed action, which sees P1 partnering with one of the most amazing resorts in the world and also with The Bahamas Ministry of Tourism and Aviation.

Lisa Barsby, Global Head of P1 AquaX and herself a former world champion, explained the race schedule: “It will feature both Pro sprint and endurance races, with practice, testing and qualifying on the Friday followed by a total of six races across the weekend. Both race days will begin with a rider parade and the podium presentations will take place from 1.45pm on Sunday.”

There will be a truly international line-up of riders, with world class racers from North America, Europe and North Africa. Looking at the main contenders for the world title, Barsby commented: “The Lucas Oil P1 AquaX World Rankings, which identify the most consistent and talented riders, are a good place to start if you’re trying to pick a winner. The ‘big 3’ – Brian Baldwin, Eric Francis and Chris MacClugage – currently fill the top three places, but this year’s USA Pro Enduro series produced a different winner at each round so I guess it’s fair to say that the World Championship battle is wide open.” American riders dominate the top 10 in the rankings, but flying the flag for Europe will be Thomas Favolini from France and leading British racer Joe Harvey.  The latest edition of the rankings will be announced just prior to the World Championship and the top ranked rider will be presented with the highly coveted ‘No. 1’ vest at the Atlantis. 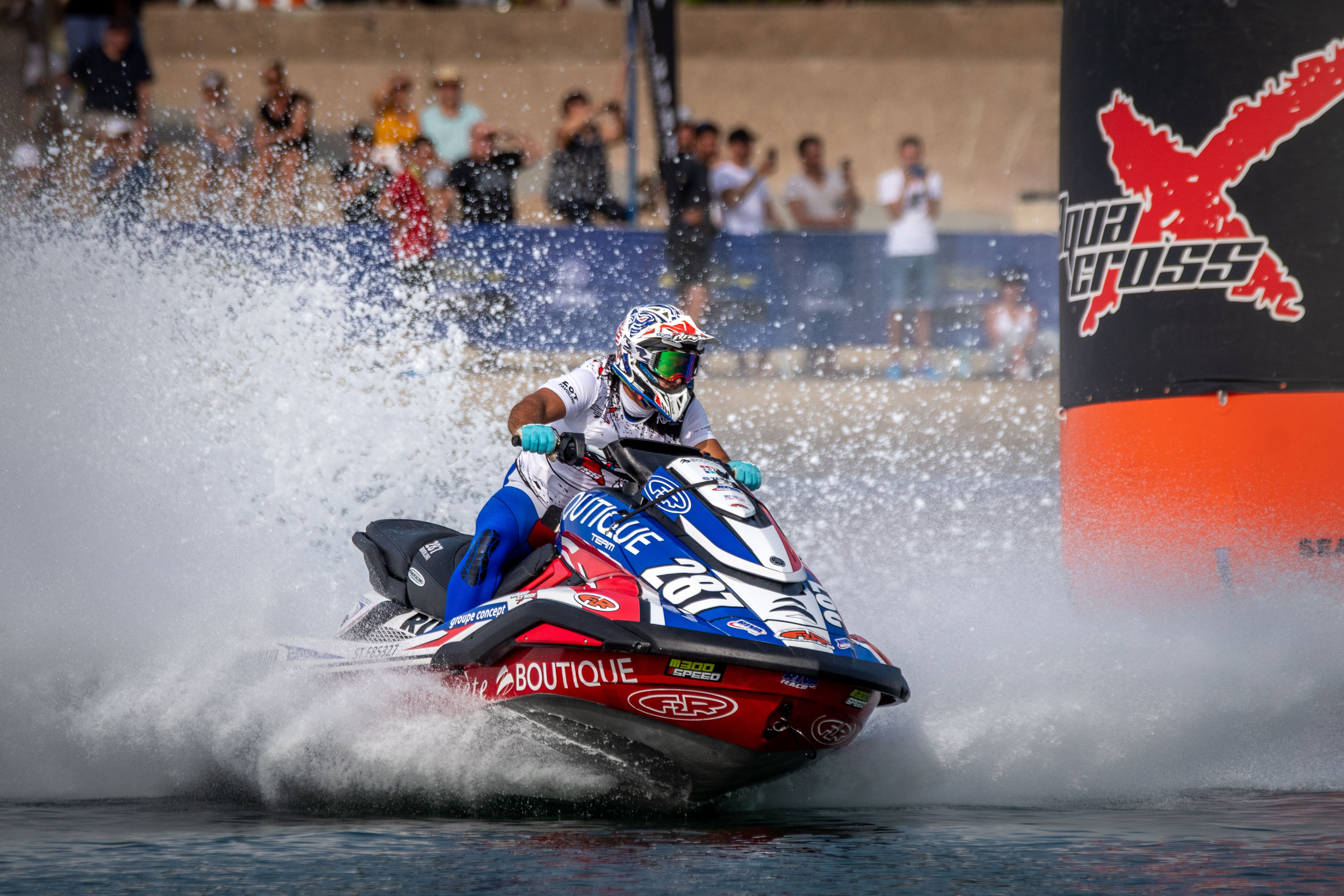 Brian Baldwin from North Carolina – currently sitting at the top of the rankings and having just become the 2019 USA national champion - is the rider everyone is talking about and he said: “I’m super pumped about going to race in The Bahamas, and the Atlantis looks great. It’s the first time there’s been a world class jet ski race there and I’m coming in as the number 1 world ranked rider. I think I definitely have a target on my back but I usually don’t let that shake me. I will just get in there and do the work.”

Eric Francis is looking to take back the No. 1 vest that he lost earlier in the year. Chris MacClugage, who is strongly fancied to lift the title, commented: “We’re now in the build up to the Bahamas race and it’s disheartening because my thoughts after the hurricane are more with the people of the northern Bahamas than on the championship right now. But it’s going to be a great event.”

“The P1 AquaX Bahamas World Championship will be held less than three months after one of the most devastating hurricanes ravaged two islands of The Bahamas” said Ed Fields, Senior Vice President of Public Affairs at Atlantis, Paradise Island. “As the country continues to rebound, we are looking forward to hosting this highly-anticipated three-day event. Atlantis will serve as the host hotel for AquaX competitors, and we are happy to be partnering with The Bahamas Ministry of Tourism and Aviation and the Nassau Paradise Island Promotion Board to welcome the world’s top watercraft racers, who will compete in the picturesque Nassau Harbour. Our guests, visitors and the local community will not only gain a greater appreciation for this sport, but they can also look forward to being awed by the performance of these elite P1 AquaX competitors. It is our hope that these Championships will spark future interest for a wide range of sporting events being hosted in The Bahamas.”

“We are thrilled to team up with Atlantis, Paradise Island and the Nassau Paradise Island Promotion Board to bring the P1 AquaX World Championship to The Islands Of The Bahamas,” said Bahamas Ministry of Tourism and Aviation Director General Joy Jibrilu. “With more than 100,000 square miles of the most beautiful, crystal clear waters in the world, The Bahamas is the perfect venue to host this exciting and emerging water sport competition.”

In addition to high-speed race action, the crowds will be entertained by freestyle jet skiing and Bahamian reggae music. Jason ‘The Destroyer’ Stoyer has been a driving force in freestyle for many years, winning both amateur and professional national titles, and he will be performing a high-energy routine with back flips and barrel rolls across the weekend. On the land, local band Willis and the Illest – led by vocalist and guitarist Willis Knowles - will serve up their own brand of reggae which has made them such a favourite for more than a decade.

Lisa Barsby added: “In the eight years since its launch, AquaX has grown significantly. It’s been a natural progression from the opening race season in the UK in 2011 to the series expanding to the USA two years later and then in mainland Europe in 2017. The rapidly increasing number of riders, partners and fans has been tremendous and the close relations with leading manufacturers has added considerably to the legitimacy of the series. Partnerships are at the heart of our business and outstanding locations and host venues contribute enormously to our event offering. Ending our race season at Atlantis, Paradise Island will be a wonderful experience and we will be hoping to race there for many years to come.”

The weekend of racing will be live-streamed on the P1 AquaX Facebook page (www.facebook.com/p1aquaX. This will include race commentary as well as the opportunity to comment live during the races and check back to watch live streams that have been missed.